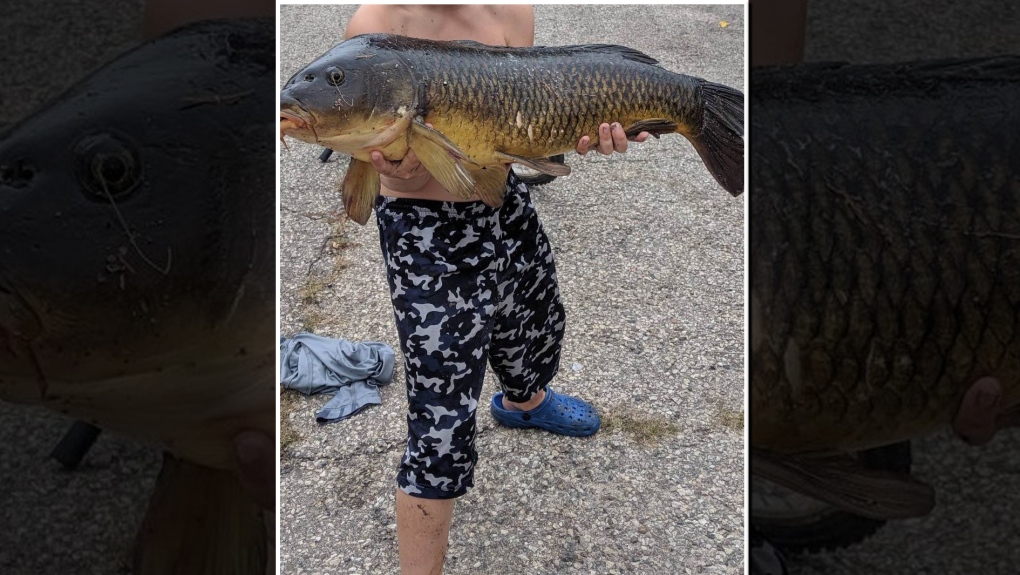 On Monday he left school without permission in order to go fishing.

A short time later an officer found him at the Speed River, at his favourite fishing hole.

They say he was smiling, shirtless, soaking wet and holding what police described as a huge fish.

It was so large, the boy broke his rod while reeling it in.

Police patiently explained the importance of going to school, saying “even fish stay in schools.”

The boy’s mother explained that the fishing had been the boy’s birthday gift.

Guelph Police say the officer later went to a local fishing store, called Hook Line and Sinker, and told the owner about the incident. They then donated a new rod and reel to the boy.

While police say they don’t condone truancy, they’re happy the boy can continue to pursue his passion.