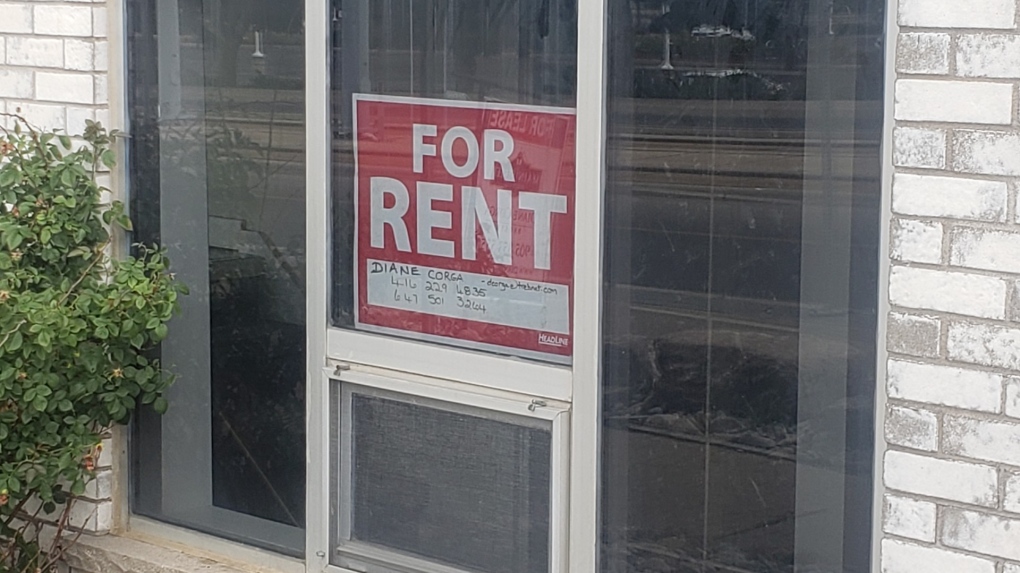 A for rent sign hangs in a building window along King Street West in Kitchener. (Daniel Caudle/CTV News Kitchener)

In August, the average rent of a one-bedroom in Kitchener was $1,723, while the same parameters would have cost $1,501 in January.

This comes from a report released on Thursday from Rentals.ca – a website that tracks the monthly average rent for all property types.

“There continues to be outsized rent growth in Canada, with the average listing on Rentals.ca nearly $200 more expensive than a year ago. The total number of listings on Rentals.ca is higher than one year ago, and the average listing is getting 38 per cent more pageviews, suggesting significantly more demand than last year. This year’s listings received almost 70 per cent more page views than the pandemic-impacted August 2020 figures,” the report concludes.

Waterloo was the highest-ranked city in Ontario, the reports data shows.

Two bedroom units in Kitchener saw a slight decline in the average rental prices, with the report showing a 1.5 per cent drop in August compared to July.