'An act of communication': Sign war wages on in southern Ontario

KITCHENER -- In less than a week, almost every business in Listowel has signed up for a friendly sign war.

According to Trevor Cork, the man behind the well-mannered marquee mischief, it is heartwarming to see the amount of participation.

“I'm extremely surprised on one hand but not surprised knowing the tight knit community that we have here," he said. 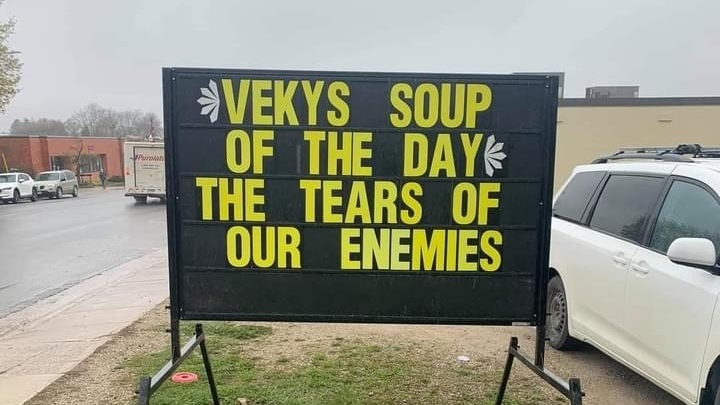 From letter boards to window signs and everything in between, you cannot find a storefront that has not jumped in on the action. The friendly battle has seen thousands of shares, likes and posts popping up on social media.

“I think it's gone so viral because a lot of local businesses are struggling, and there's no boundaries as to where this sign war can end,” said Hollie Chavarria, an employee at Birdie's Holy Guacamole.

Listowel isn’t the only place with some spicy signage, there are sign wars raging on in Brantford, Owen Sound and Sarnia

According to City of Brantford Tourism, they were inspired after seeing sign wars trending online. Although their sign war has only been going for a day, things are heating up there too.

In Listowel, the witty war of words has become a way for the community to support each other.

The owners of Diana Sweets Restaurant said taking part in the friendly sign war has not only helped to boost business for them and other small businesses in the area, but it has helped lift their spirts in what has been a very challenging time. 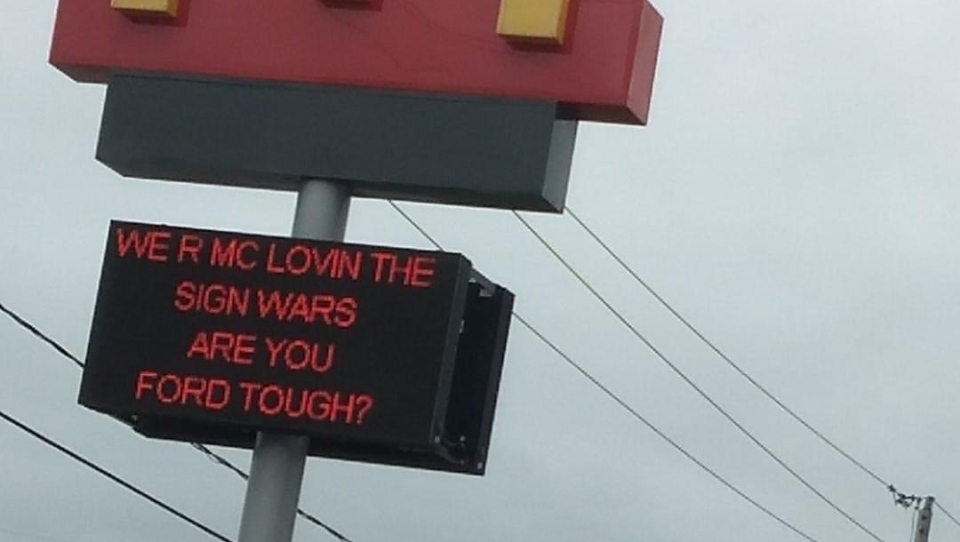 According to Aimee Morrison, Associate Professor in the department of english at the University of Waterloo, the appeal of the sign war is about connection.

"It looks like sassy jokes up on a sign but it's an act of communication. It’s someone saying hey are you out there? I’d like to make you smile.”

With no end in sight, the sign war challenge could be the next big thing, “like sourdough bread,” said Morrison.

Businesses are sharing their creative signs on a Facebook page.