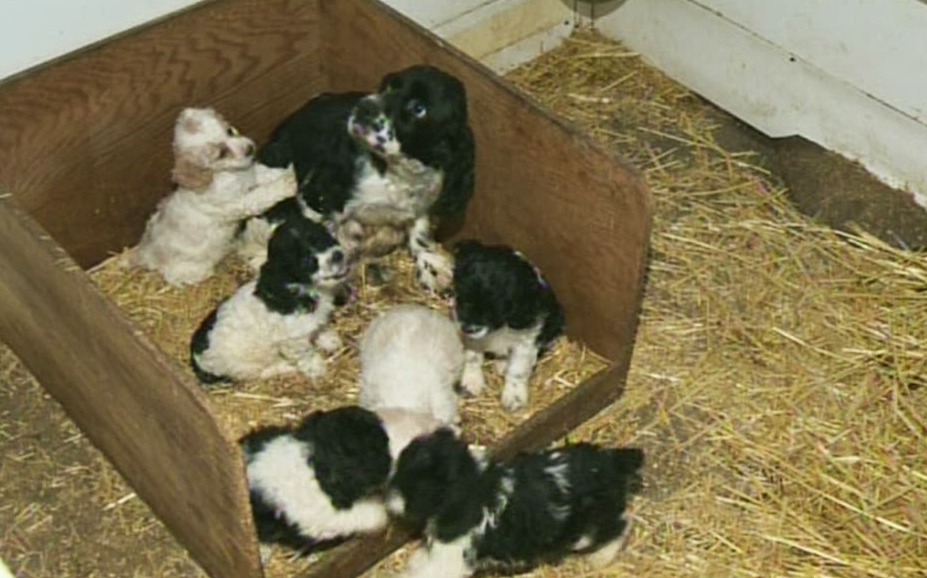 The dog kennel of Menno and Viola Streicher near Millbank, Ont., is seen in this file photo. (CTV Kitchener)

The controversy over a dog kennel in Perth County continued last week when inspectors returned to the kennel with police in tow.

The kennel, on a farm near Millbank in Perth East, belongs to Menno and Viola Streicher.

It first made headlines last November when an inspection led to the laying of 18 charges by the OSPCA.

Perth East officials also revoked the Streichers’ kennel licence, citing an inspection which turned up evidence of poor lighting and ventilation, overcrowding and a strong smell of ammonia.

More than 30 dogs are housed in the kennel, which operates without electricity as the Streichers are Amish.

Last week, township officials made a return visit to the Streichers’ farm.

They were refused entry and returned two days later with a search warrant.

As a result of that incident, the Streichers were charged with an additional count of obstruction.

Their lawyer, Terrance Green, calls the visit ‘harassment’ and says his clients will fight the charge when the case returns to court May 31.