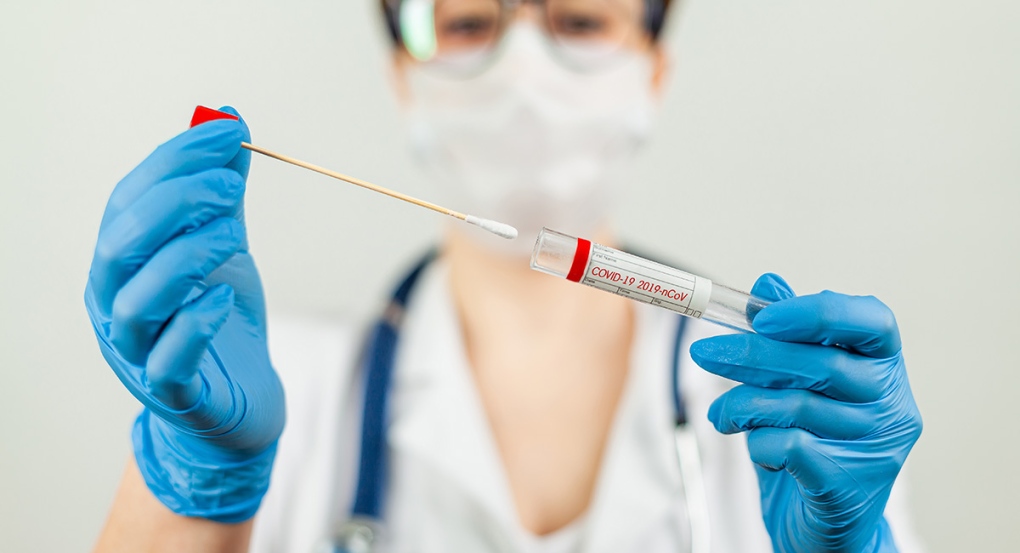 Lab analysis of a COVID-19 test is done in a lab in this file photo. (Source: Getty Images)
KITCHENER -

The latest update shows 19,447 total cases for the area, with 18,898 of those now considered resolved.

The number of active cases has increased by one to 251.

No new deaths were reported in Waterloo Region on Monday, with that number now sitting at 295.

One new death was reported Sunday, making it the third fatality in less than a week.

They’ve been identified as Waterloo-Oxford District Secondary near Baden and St. Brigid Catholic School in Ayr, with two confirmed student cases each.

Hospitalizations in Waterloo Region have dropped from nine to seven, with four people now receiving treatment in intensive care units.

Public Health says 43 more variants of concern have been identified, and all of them are the Delta strain.

The province says 458 of those new cases were found in people who are not fully vaccinated or their vaccine status is not known. At least 152 cases were in fully-vaccinated individuals.

The federal government is planning to unveil its plans for a vaccine passport designed for international travel on Thursday, CTV News has confirmed.

A report exploring the far-right in Ukraine’s military found that neo-Nazis and supporters of far-right groups in the ranks bragged online about receiving training from Canada and other NATO nations.

India celebrated giving its billionth COVID-19 vaccine dose on Thursday, a hopeful milestone for the South Asian country where the delta variant fueled a crushing surge earlier this year and missteps initially held back its inoculation campaign.

Pattie Lovett-Reid: The perfect storm is brewing for cash-strapped Canadians

With inflation soaring, some economists are predicting that interest rate increases won't be far behind. CTV's chief financial commentator Pattie Lovett-Reid looks at what that means for your finances in her latest column on CTVNews.ca.

Gov. Gen. Mary May Simon sees herself as bridge between gov't, Indigenous people

Brian Laundrie's belongings are found, Ottawa is set to announce a vaccine passport, and a Canadian influencer is accused of fraud. Here's what you need to know today.