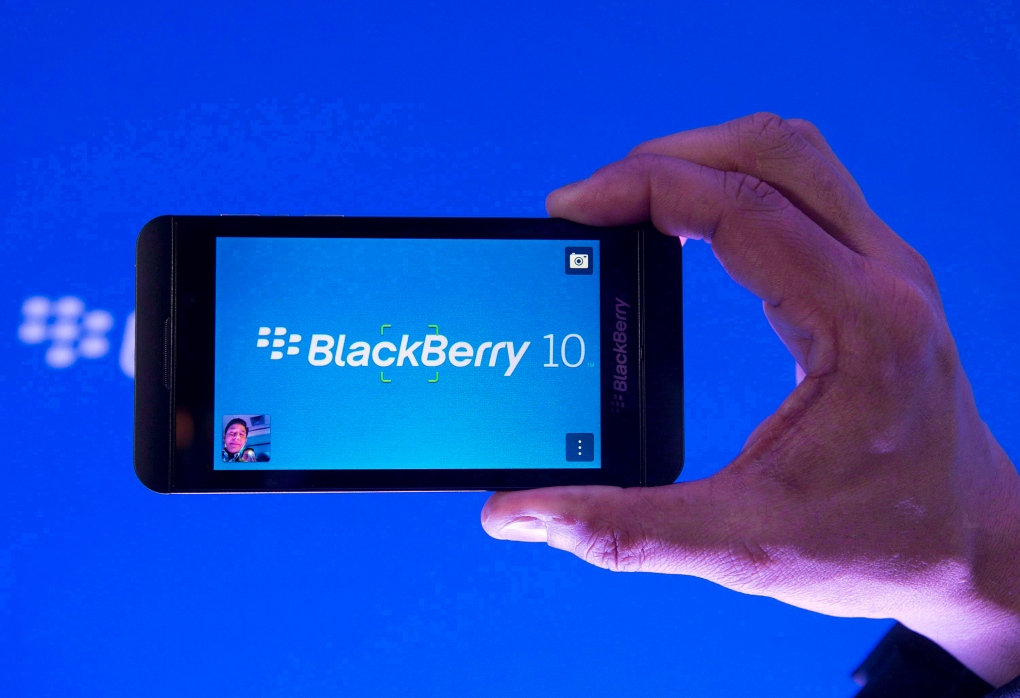 A BlackBerry Z10 is held up during the global launch in Toronto on Jan. 30, 2013. (Nathan Denette / THE CANADIAN PRESS)

WATERLOO, Ont. -- BlackBerry Ltd. (TSX:BB) has completed the US$1-billion financing that the smartphone company announced early this month after Fairfax Financial scaled down a larger plan to buy the company outright.

According to regulatory filings, more than half of the money came from two institutional investors: $300 million from Canso Investment Counsel Ltd. of Richmond Hill, Ont., and $250 million from Fairfax Financial Holdings Ltd. (TSX:FFH), BlackBerry's largest shareholder.

Fairfax and the other investors have another 30 days to buy an additional US$250 million of the interest-paying notes, which can be used to buy BlackBerry shares for US$10 each.

BlackBerry shares were at C$6.77 in Toronto and US$6.475 on Nasdaq, where most of the company's shares are traded, down from US$7.77 on Nov. 1, before Fairfax changed its proposal.

BlackBerry announced it was no longer seeking a buyer and would continue as an independent publicly-traded company, indirectly acknowledging that Fairfax hadn't found support for a US$4.7-billion deal that required a group of investors to pay US$9 per share in cash.

Funds managed by Manulife Financial Corp. (TSX:MFC) also invested $70 million to acquire BlackBerry's convertible debt, which can be exchanged for shares of the company under certain conditions.