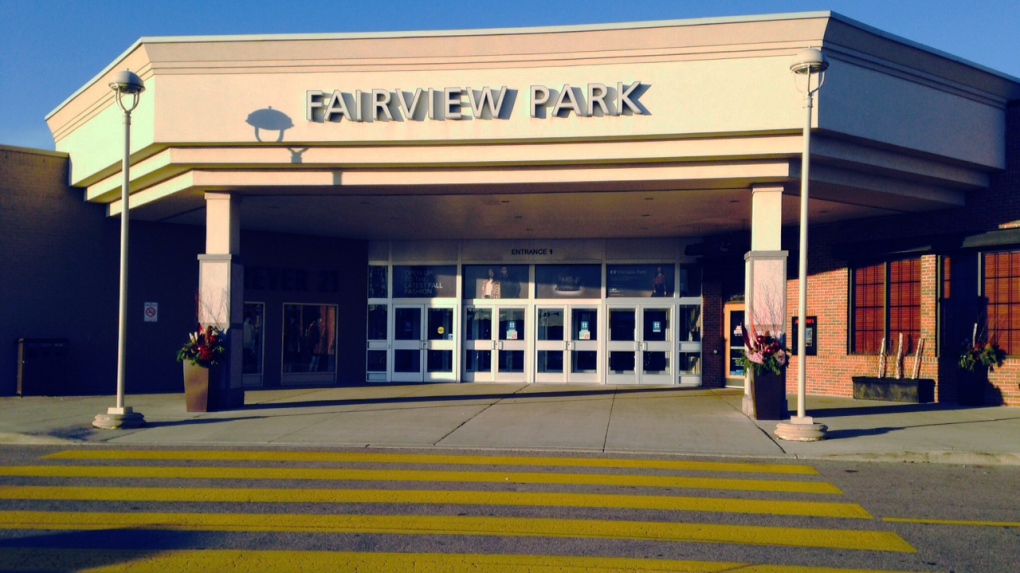 An entrance to Fairview Park Mall in Kitchener is pictured on Monday, Nov. 30, 2015.

Three teens have been arrested after police say a female youth was assaulted with a baseball bat at Fairview Park Mall in Kitchener.

The victim sustained non-life-threatening injuries and was transported to hospital by paramedics, Waterloo regional police said in a news release.

Police said officers responded to the mall around 8:15 p.m. on Tuesday, June 21.

Three teens aged 15 to 19 have been arrested and charged with assault. Police are still looking to identify a fourth suspect who is described as a Black female, around 15 to 20 years old, wearing a white T-shirt, black shorts and white sandals.

Feds intend to keep ArriveCan for its data on COVID-19-positive travellers: sources