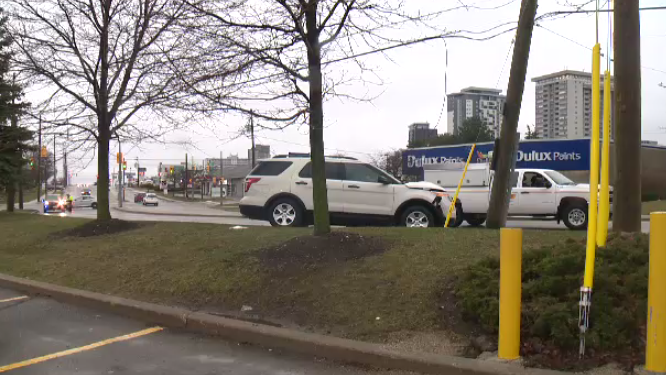 A person under 16 was taken to hospital with serious injuries after a crash in Waterloo.

Police say that emergency services responded to the crash at around 5:20 p.m. on April 19. It happened at the intersection of Weber Street North and Forwell Creek Road.

A vehicle was headed north on Weber and lost control, striking a wooden utility pole. The polce came down and the power lines fell as a result.

According to police, the young person was taken to a local hospital with serious but non-life-threatening injuries.

The driver, 36, has been charged with careless driving causing bodily harm and driving while a passenger under 16 failed to wear a seatbelt.

No further details about the driver or passenger have been released.

The investigation is ongoing. Police have asked anyone who may have witnessed the crash to contact them.