A young girl from Guelph is being remembered for her work as a community champion after she passed away suddenly in her sleep earlier this week.

Twelve-year-old Mattea Sommerville was known in the community for starting a movement to see the first rainbow crosswalk in the city.

"Mattea was the kindest sweetest girl you’d ever know,” said relative Kallia Mansour. “Her parents refer to her as an old soul with the kindest heart. We all look at her and hope that one day our kids can be as good as her.”

“She loves her family and she wanted to make sure that everyone around her would grow up in an inclusive environment,” explained Mansour.

The petition amassed over 15,000 signatures online, and two weeks ago, a breakthrough came.

Stone Road Mall in Guelph installed the first rainbow crosswalk in the city. 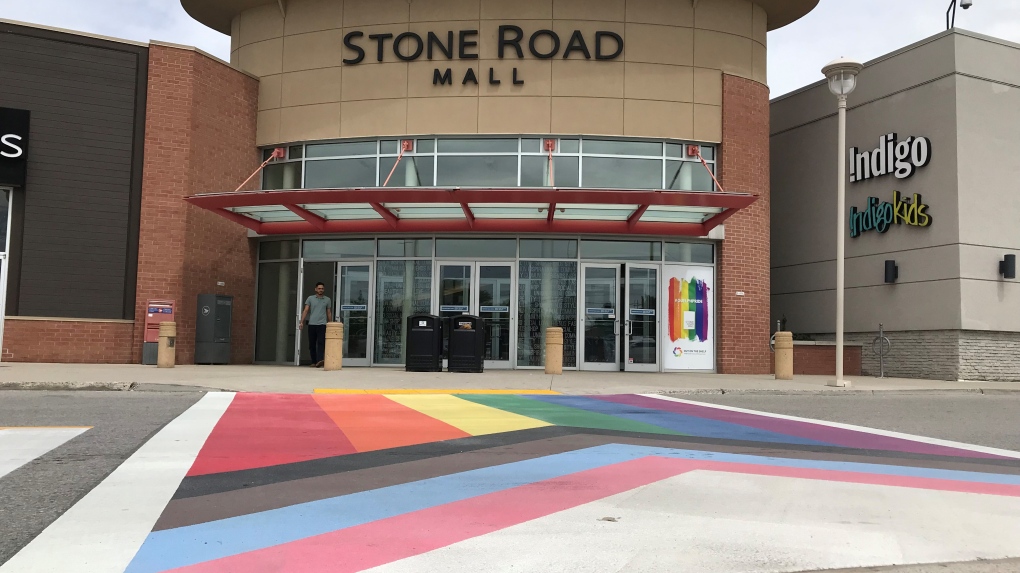 The pride crosswalk at Stone Road Mall in Guelph is pictured on June 9, 2022. (Dan Lauckner/CTV News)

“For the rainbow crossings to come out before she passed, for her to know that it came true is great, it was really good for the family to see that,” said Mansour.

Mattea died unexpectedly in her sleep a few days later. An autopsy has been schedule to determine the cause of death.

Mattea words were not just popular in the community, they made their way to city hall and kicked the crosswalk conversation into high gear.

Guelph does not yet have a rainbow crossing on a city street but Mayor Cam Guthrie says they are working on it.

“The family needs to know, the friends need to know, it was actually her that lit a little bit of a fire under all of us to make sure it was done well, done right and done as soon as possible,” said Guthrie. “That’s a legacy she should be very proud of.”

The city says staff are reviewing sites and Guelph should have its first rainbow crosswalk by next year.

Members of the local queer community say Mattea’s leadership will not be forgotten.

“We want to really make sure that that’s recognized and seen and that people remember that it was her passion and her investment in this that really got a lot of this started,” said Barry Moore, chair of Out on the Shelf.

Mattea’s family says they are hopeful they can watch her legacy grow in the city she called home.

“All of us will advocating for more changes in the future to make that vision that she has come true,” said Mansour.

A GoFundMe page has been set up in memory of Mattea.

Democratic Sen. Raphael Warnock defeated Republican challenger Herschel Walker in a Georgia runoff election Tuesday, ensuring Democrats an outright majority in the Senate for the rest of President Joe Biden’s term and helping cap an underwhelming midterm cycle for the GOP in the last major vote of the year.

MPs are marking the 33rd anniversary of the École Polytechnique de Montreal shooting that left 14 women dead, while debate over the Liberal government’s gun control legislation — including which specific firearms should be restricted — is ongoing.