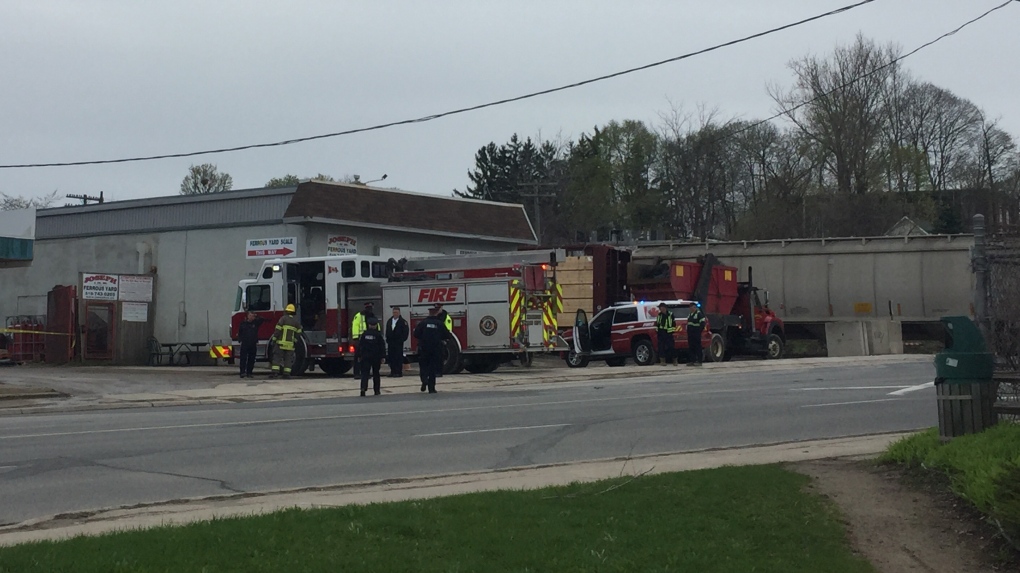 Emergency services at the scene of a fire in Kitchener. (Shannon Bradbury / CTV Kitchener)

One person was taken to hospital following a workplace fire in Kitchener.

The fire happened at the Joseph & Co. Ferrous Yard on Lancaster near Victoria Street on Tuesday afternoon.

According to Kitchener Fire, the blaze was associated with a propane welding torch. It was contained outside of the building and fire officials say the fire did not spread.

One person, who was operating the torch, suffered burns and was taken to hospital. Fire officials say the burns are first- and second-degree to the individual’s arms and face.

The Ministry of Labour was notified as this was a workplace incident. The ministry has taken over the investigation.

Lancaster Street was closed between Victoria and Wellington Streets, but has since reopened.