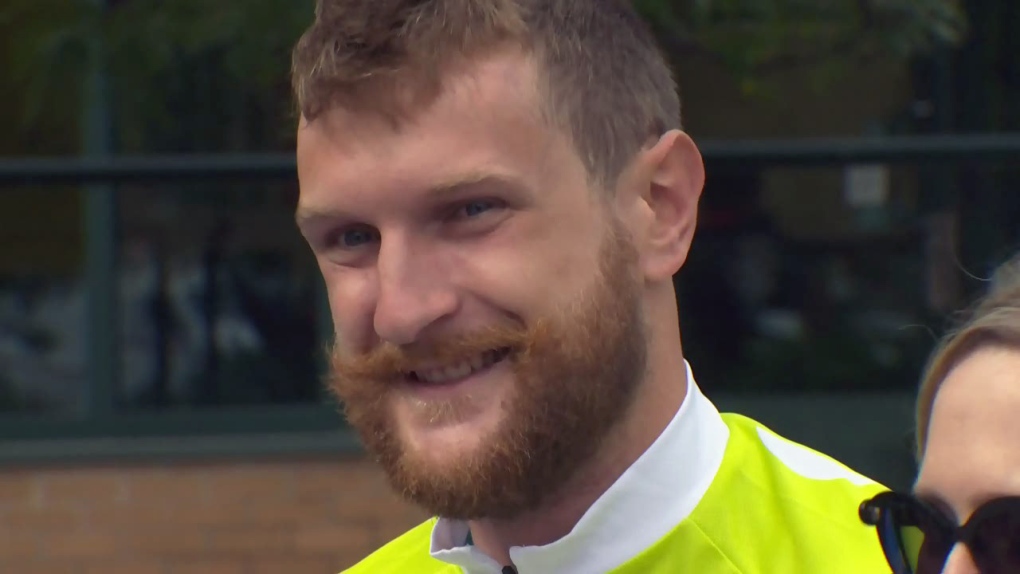 A Waterloo man has completed a 7,045-kilometre journey across Canada to raise money for mental health initiatives.

Martin Bauman, who travelled the country via bicycle, says the physical part of the ride wasn’t as challenge as coping with the mental demands of it – particularly during bad weather.

“It could be really lonesome at times,” he said in an interview.

Bauman said the idea for his ride came from seeing a friend do a ride for a different cause last year, which got him thinking about people in his life who had struggled with mental health issues.

“There are people out there who are more than willing to listen to you.”

Bauman was honoured Wednesday by the Canadian Mental Health Association with a celebratory ride and barbecue.

By the end of the event, his fundraising total had moved past the $12,750 mark.