Veteran gets replacements for stolen medals and pins 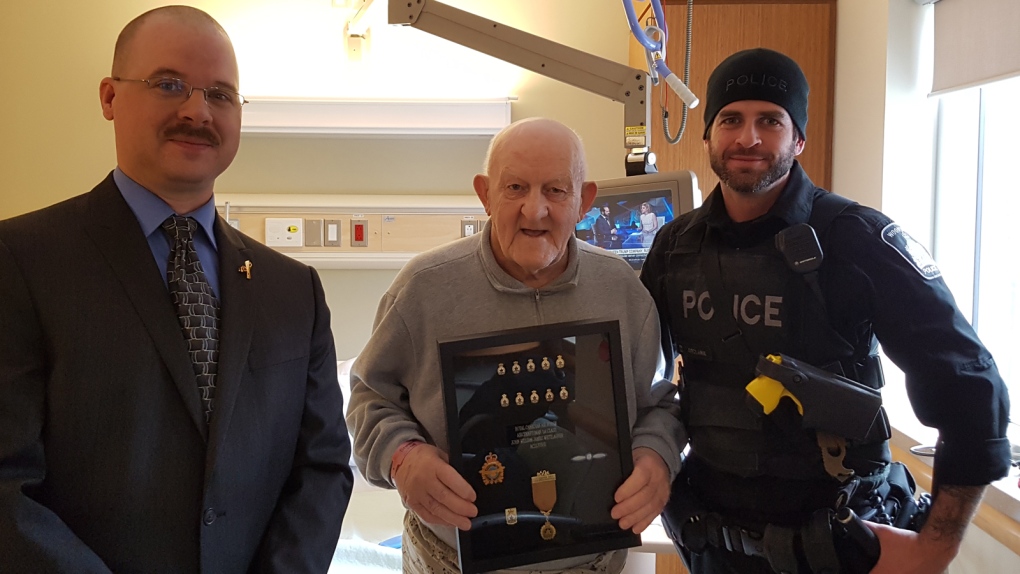 When service medals and pins were stolen from a Canadian Armed Forces veteran, a group of Woodstock residents decided to do what they could to make it up for him.

The items were in a jewelry box that was stolen from Jim Wettlaufer’s Burtch Street apartment last month.

While an investigation into the theft began, one Woodstock Police officer took up the cause of trying to replace some of the stolen items.

Const. Kevin DeClark contacted the Royal Canadian Legion, which provided replacements for some of Wettlaufer’s pins and medals, and built a case in which they could be displayed.

He also procured an engraved commemorative plate to go in the case, which was donated by Oxford Source for Sports.

The case was presented to Wettlaufer last week.