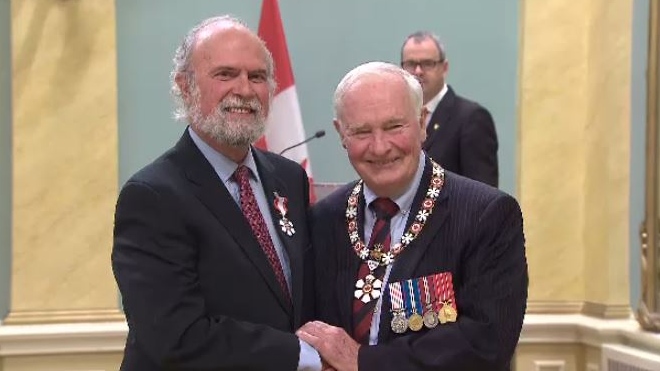 James Walker receives the Order of Canada in Ottawa on Friday, August 25, 2017.

Two residents of Waterloo Region received the highest honour in Ottawa on Friday.

Ray Tanguay and James Walker were among 31 Canadians inducted into the Order of Canada for outstanding achievement and dedication to the nation.

Tanguay is the former president and chair of Toyota Canada.

He was recognized for his role in expanding Canada’s manufacturing industry.

Walker is a professor at the University of Waterloo and well-known for his book The Black Loyalists. He was recognized as a

He was recognized as a leading scholar of Canadian racial relations and black history.