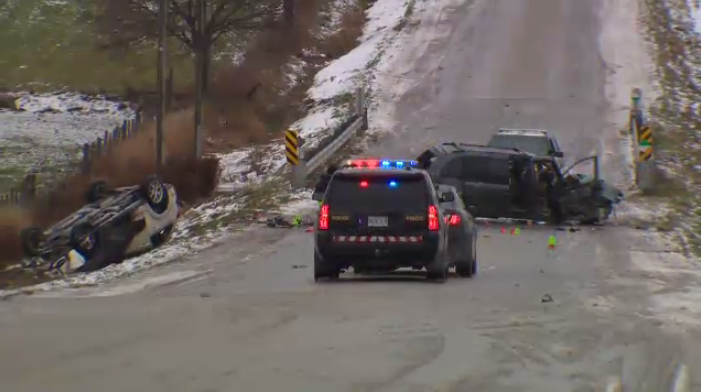 Crash in North Wellington County sends one man to hospital with critical injuries.

Five people were injured, two critically so, after a crash in Wellington County.

It happened on Monday at around 8 a.m. on Concession Road 6 North, south of Highway 89 and east of Mount Forest.

Police said initial reports indicated that an SUV and a mini-van had been involved in a head-on collision.

According to a news release, two occupants of the van, a 45-year-old male driver and a 69-year-old male passenger, were taken to a trauma centre in critical condition.

Three occupants of the SUV, a 29-year-old female and two two-year-old children, were taken to hospital with non-life-threatening injuries.

They were released shortly after.

The road was closed for several hours while Wellington County OPP investigated its cause.

There was no word on whether charges would be laid in the incident.