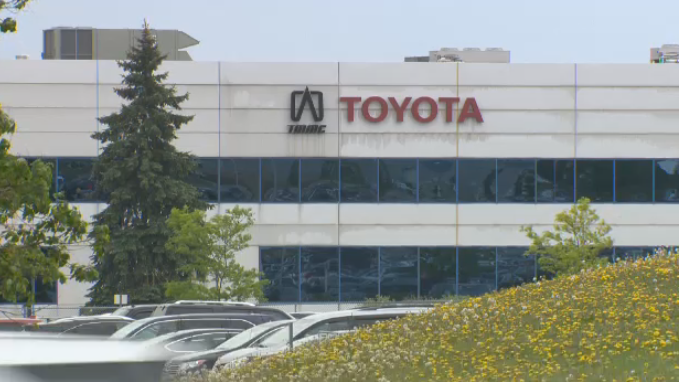 The Toyota plant in Cambridge, Ontario.

KITCHENER -- Toyota has confirmed to CTV News that it is temporarily suspending production at its plants in Cambridge and Woodstock.

The company says all of its automobile and components parts plants in North America will shut down March 23 and March 24.

However production is set to resume on March 25.

The automaker will conduct a thorough cleaning of all its manufacturing facilities during the shutdown.

They say it’s being done to ensure the health and safety of its employees and the anticipated decline in market demand related to the economic impact of the COVID-19 pandemic.

The move follows similar actions by other automakers.

Ford says it will stop production at all its North American plants, including the one in Oakville, starting Thursday. The closure will continue until March 30.

Honda says its operations in North America will also wind down over the next few days so its facilities can be cleaned and sanitized next week. Their plants will be closed until the end of the month.