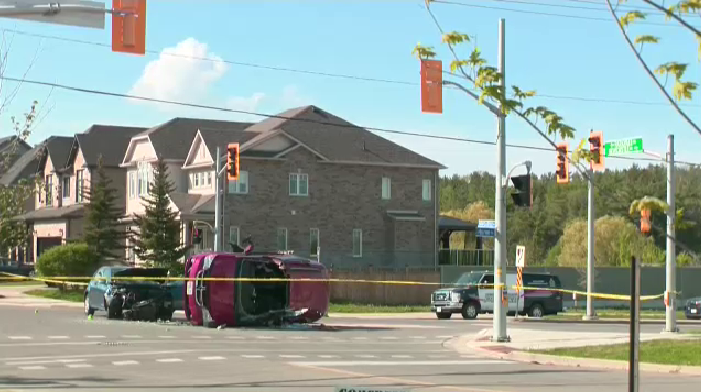 A crash has resulted in three people being injured and a major road in Kitchener partially shut down on Sunday afternoon.

Around 3:30 p.m., Waterloo regional police tweeted about a collision on Huron Road at Parkvale Drive.

Police say two vehicles were involved and one was flipped over onto its side.

The driver of the flipped over vehicle has been airlifted to a hospital outside the region, while the passenger and driver of the other vehicle have been taken to a local hospital. The extent of their injuries is unknown as of Sunday afternoon.

Huron is expected to be closed in both directions between Strasburg Road and Featherstone Street for several hours for an investigation.

Drivers and residents are asked to avoid the area.