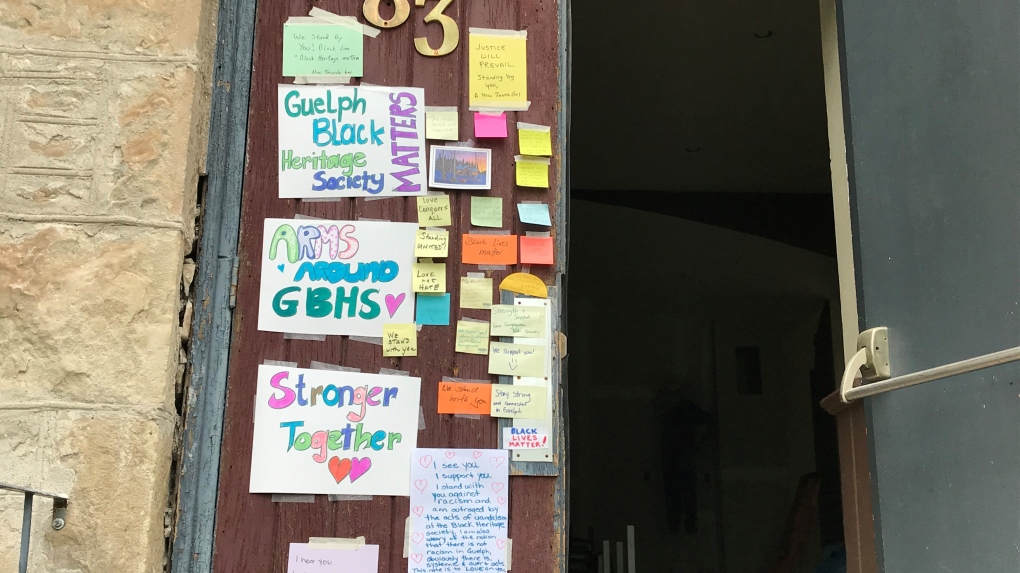 GUELPH -- Community members came together over the weekend to show support for the Guelph Black Heritage Society.

The organization said it's been targeted by vandals recently following the Black Lives Matter rally in the community.

Residents living nearby covered the property with signs of support and encouragement.

Alan Breznick said he was contacted by the Jewish community he's a part of, which encouraged them to come out and show support.

He said the Black community in Guelph supported the Jewish community after 11 worshippers were killed and another seven wounded in a shooting at the Tree of Life synagogue in Pittsburgh in October 2018. Breznick said now it's his community's turn to return that support.

The Guelph Black Heritage Society said it's been in touch with local police about the incidents and plan to install security cameras.