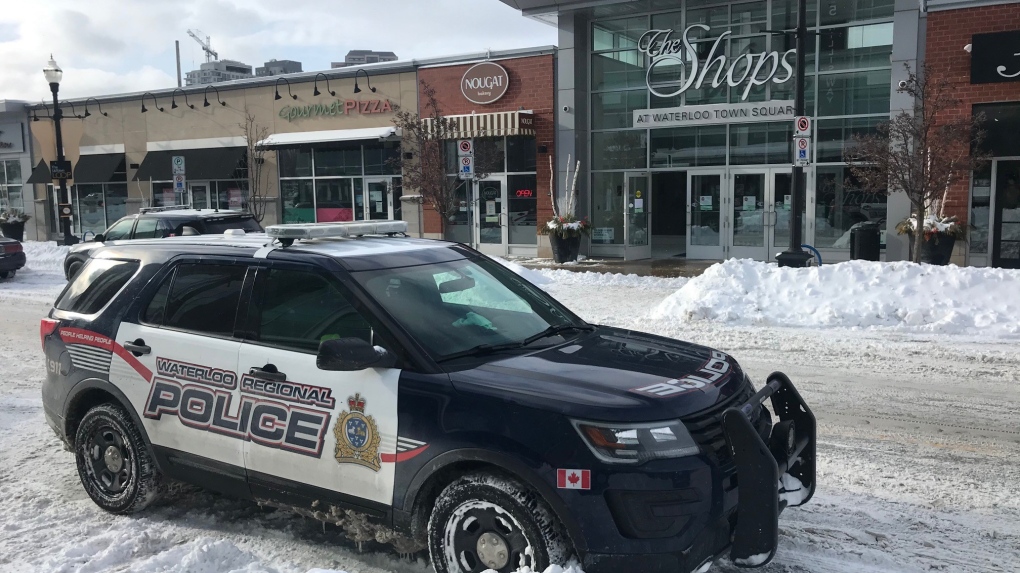 KITCHENER -- Police are searching for two men who allegedly robbed a telecommunications store in Waterloo on Tuesday afternoon.

Officers were called to the store in Waterloo Town Square around 2:25 p.m. According to police, two men went into the store and brandished handguns, forcing staff into a room.

The suspects stole an undisclosed amount of merchandise and fled in a vehicle waiting on Erb Street.

The store manager said there was only one person working during the robbery, adding they stole between 30 and 40 phones. He said he showed up for his shift when police arrived at the scene.

"For me, it was very scary and it's very traumatizing," he said. "I'm still standing on a crime scene. I had to work today, I have to work everyday, I'm worried."

He said the store is out of stock of some items now and he's working with other branches to bring phones into the store.

He added he hopes the incident will encourage malls to increase security.

The suspects are described as Black men wearing masks. Police say they were dressed in black, and one was wearing a coat with a fur-trimmed hood.