Southwestern Ontario to get new area code in 2015 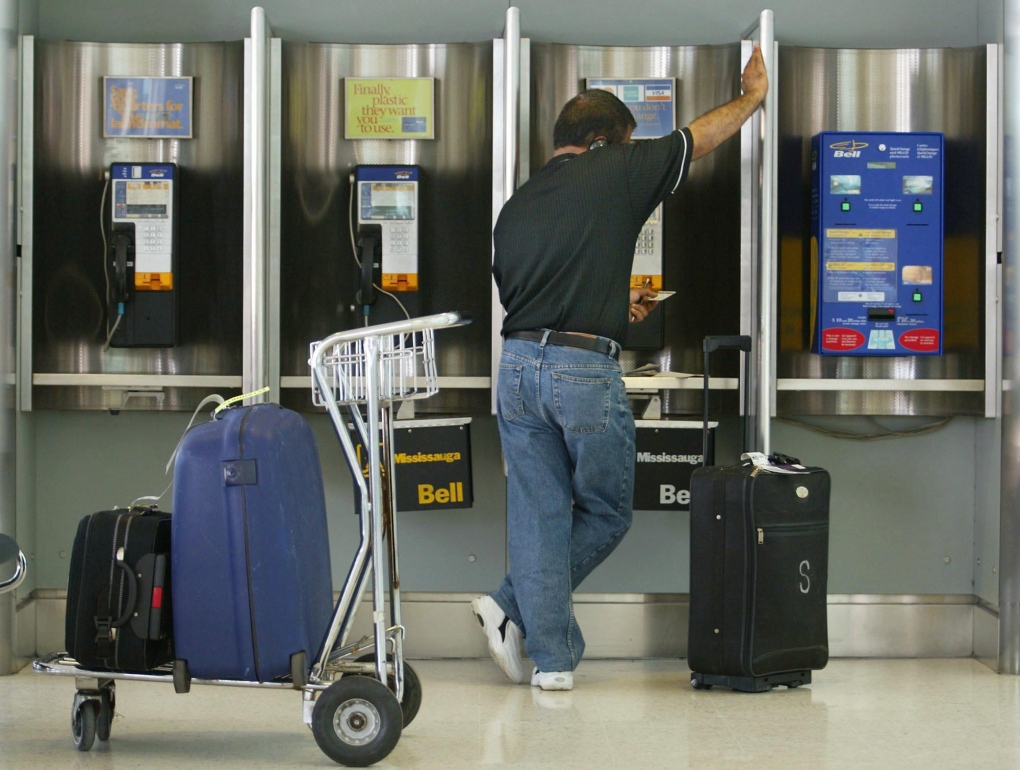 Talking on a payphone at Pearson International Airport in Toronto, on July 8, 2002. (CP / Kevin Frayer)

The 519 area code covered southwestern Ontario for 53 years before running out of available numbers.

The 226 area code was introduced in 2006 to alleviate that problem.

But both area codes are expected to run out of numbers by September 2015, which has prompted the CRTC to introduce a third three-digit code for the area.

The CRTC says people with current 519 and 226 numbers won’t be affected by the addition of 548, which will only apply to new phones.

Area codes 519, 226 and 548 cover the western and southwestern parts of Ontario, including Windsor, London, Owen Sound, Kitchener and Brantford.

Third area codes have already been introduced in the Toronto and Hamilton areas.