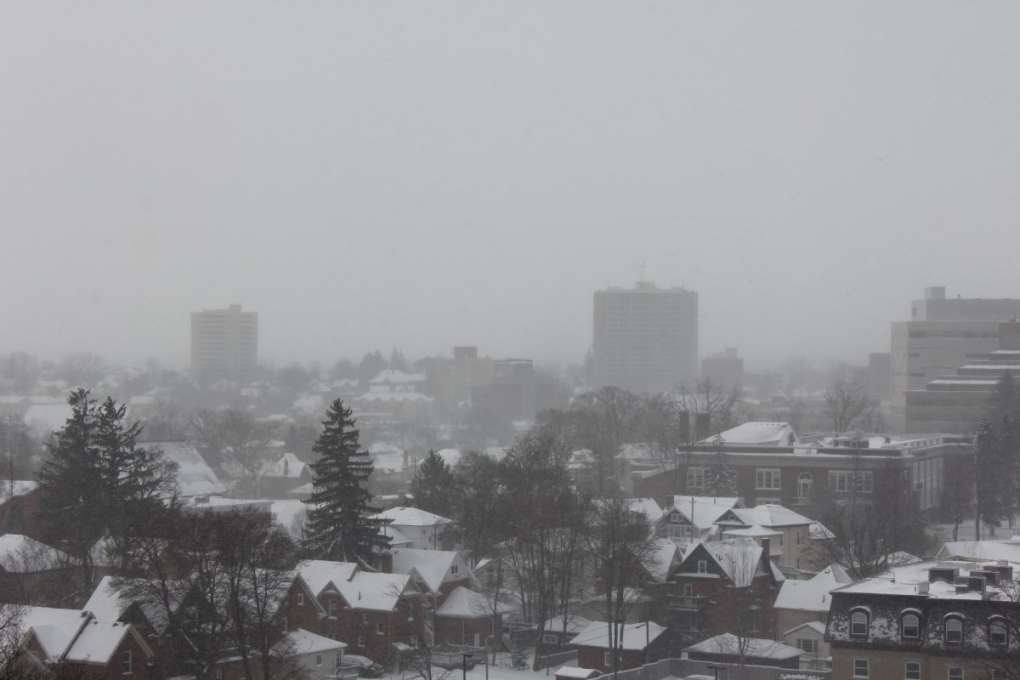 Around 5:30 a.m. on Tuesday, the agency stated a weather advisory was in affect for the areas of Guelph, Erin, Southern Wellington County, and Waterloo Region.

An additional two to four centimetres of snow is expected throughout the morning, which could make travel difficult at times.

The snow is also expected to weaken by late morning.

These snow squalls are expected to weaken to flurries by the afternoon.

These updates come after a snow squall warning was initially made for those same areas on Monday.

The agency initially said snow squalls would continue into Monday night, with 10 to 20 centimetres of the white stuff expected by Tuesday morning. Some areas could get as much as 30 centimetres of snow.

Environment Canada warns the heavy snow and winds could impact visibility on the roads.