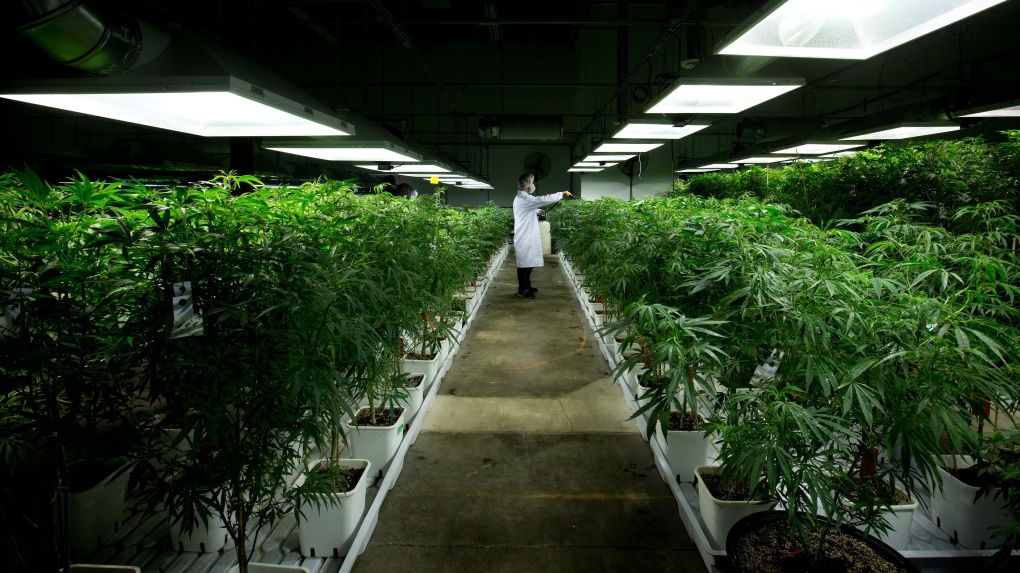 Marijuana plants are shown inside a facility in Richmond, B.C., on Friday March 21, 2014. (Darryl Dyck / THE CANADIAN PRESS)

Communities across Ontario cannot opt out of hosting a government-run pot shop if they are selected for a site, the provincial government said Friday after at least one town expressed resistance to having a cannabis retail location.

If a community is selected to host one of the marijuana shops, it could delay hosting the store but cannot completely opt out of having it, said Ontario's Ministry of Finance.

"As we roll-out the next phase of stores, we will continue to engage with municipalities on an ongoing basis including with those municipalities who may not be ready for a store opening in July 2018," said Jessica Martin, spokeswoman for Finance Minister Charles Sousa.

"Ultimately, our goal through a controlled model is to ensure a safe and sensible framework for cannabis legalization."

Earlier this week, a committee of the City of Richmond Hill unanimously endorsed a statement saying it was not willing to host one of the retail stores. City councillors are expected to debate the motion next week.

The community had been notified in late November that the Liquor Control Board of Ontario, which will run the shops through a subsidiary, was beginning early work to site a store in Richmond Hill. In a report from the city's municipal staff, councillors were told they would likely only have a say over the zoning of a proposed location.

Martin said the government has consulted with municipalities about its retail model through the Association of Municipalities of Ontario.

"Municipalities were involved in establishing the initial guidelines for siting stores, including achieving geographic distribution and combating illegal dispensaries," she said.

In October, Sousa wrote municipal leaders and said Ontario's store rollout aims to achieve the right geographic distribution across the province and to reduce the number of illegal marijuana dispensaries that have opened since the federal government announced it will legalize recreational marijuana next summer.

The public will also be notified about the proposed store locations and will be asked to provide feedback directly to the LCBO, he said. None of the retail stores will be located near schools, Sousa said.

The LCBO hopes to open its first batch of 40 stores by July 2018. The province plans to set up approximately 150 stand-alone cannabis stores by 2020.

Association of Municipalities of Ontario executive director Pat Vanini said reaction to Ontario's plan to retail cannabis has been met with anxiety by some municipal leaders who say the process has not provided them with enough information.

Some communities don't want to be part of the first wave of government-run cannabis stores, she said.

"We're at such and early stage we still haven't been able to nail down how municipal governments costs that are going to host retail facilities will be recovered," she said. "There is still, amazingly at this point in implementation, a lot of unknowns. That's what's creating some consternation."

Vanini said this isn't the first time municipalities have been forced to comply with a broad top-down government policy.

"Municipal governments have been through this willing/unwilling piece before with wind turbines," she said. "It took a while for the province to say 'We'll go where there are willing communities."

Vanini said if communities are allowed to opt out of hosting a cannabis shop, it could be an unexpected boon to the government.

"There's only 150 stores in total," she said. "There are 444 municipal governments in Ontario. There are 34 very large urban centres above 100,000 population. They're not going to be in every community. If someone says we're an unwilling community it may actually help the province in siting those stores."

Ontario was the first province to announce a detailed plan to sell and distribute recreational marijuana and will set the legal age to purchase it at 19.