The local program combats food insecurity and operates out of St. Mary’s Roman Catholic Church in Kitchener. Offering up pizzas for the hungry five-days a week, Tiny Home Takeout cooks up to 700 meals a day.

“Our motto is grab a bite to eat, give if you can,” said Tiny Home Takeout committee member Kal Kotecha. “Our philosophy is our food is good for every person in the community, regardless of income.”

Kotecha has been volunteering with the program since its inception in early 2021.

“I believe the need has been growing steadily every year. Especially right now with economic downturns, we’re going to need a lot more generosity from our community,” Kotecha said. 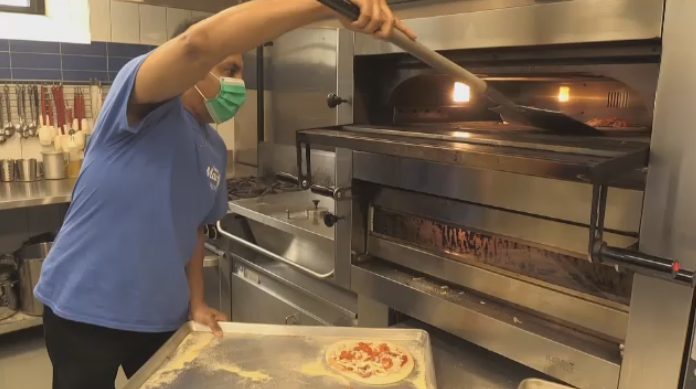 “This is our major fundraiser of the year,” explained Kotecha.

Sunday’s event featured food, music and a silent auction offering over $35,000 in items.

“We have a whole bunch of food trucks, a lot of them offering a free bite to anyone who wants it, and then their menu is also for sale,” explained Tiny Home Takeout kitchen coordinator Amy Cyr.

“We have a magician, we have a balloon animal artist, we have a face painter, we have cotton candy, popcorn – you name it. And then of course, behind me, we’ve got the live band.”

“It’s really heartfelt that people are not going to go hungry because of this,” Kotecha said.

Kotecha hopes to start new fundraising initiatives in the future to bring more supports to the program.

A government lawyer is telling a Federal Court hearing that the Charter of Rights and Freedoms does not obligate Ottawa to repatriate Canadians held in Syrian camps.