KITCHENER -- A labour market snapshot shows that computer programming and interactive media developer jobs are the most in demand and unemployment is steady in Waterloo Region, Wellington County, and Dufferin County.

The snapshot released by the Workforce Planning Board of Waterloo Wellington Dufferin shows unemployment rate, participation rate, and the top 10 online job posting numbers for February.

There were 582 programming and developer jobs listed in the month followed by 482 for retail salespersons. 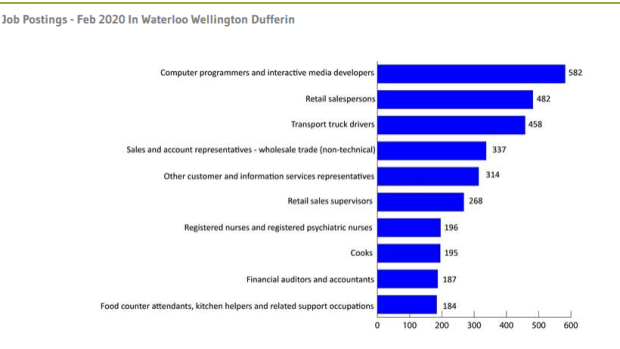 “I think there are still lots of retail operations that are still doing well,” said Charlene Hofbauer, Executive Director of the Workforce Planning Board. “When we include retail we include things like car dealerships and grocery stores and those are doing well.”

A total of 196 jobs were posted for registered nurses at the number seven spot, while financial auditors and accountants had 187.

“I think there are a number of people moving into our area and looking for work,” said Hofbauer. “There are people coming back into the market who have historically been removed from it and are again engaging in the labour market.”

Participation rate has hovered around 70 per cent in Waterloo Region and Guelph for the past year. 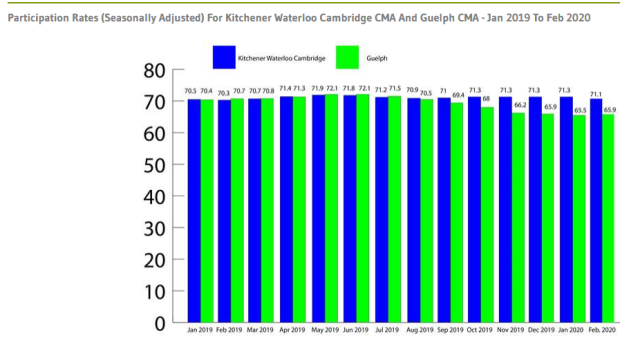 The unemployment rates of the two areas for February are both around five per cent. 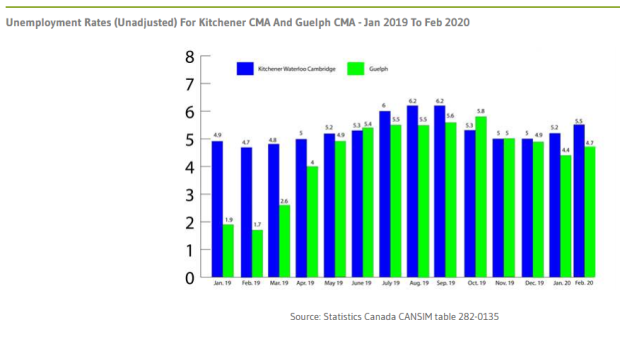 The planning board says youth unemployment rates are rising despite the numbers.

“The unemployment rate is doing well and under double digits for the first time in a while,” said Hofbauer. “We’re seeing young people removing themselves from the labour market because they’re not finding the jobs they want.”

The full snapshot can be viewed online.