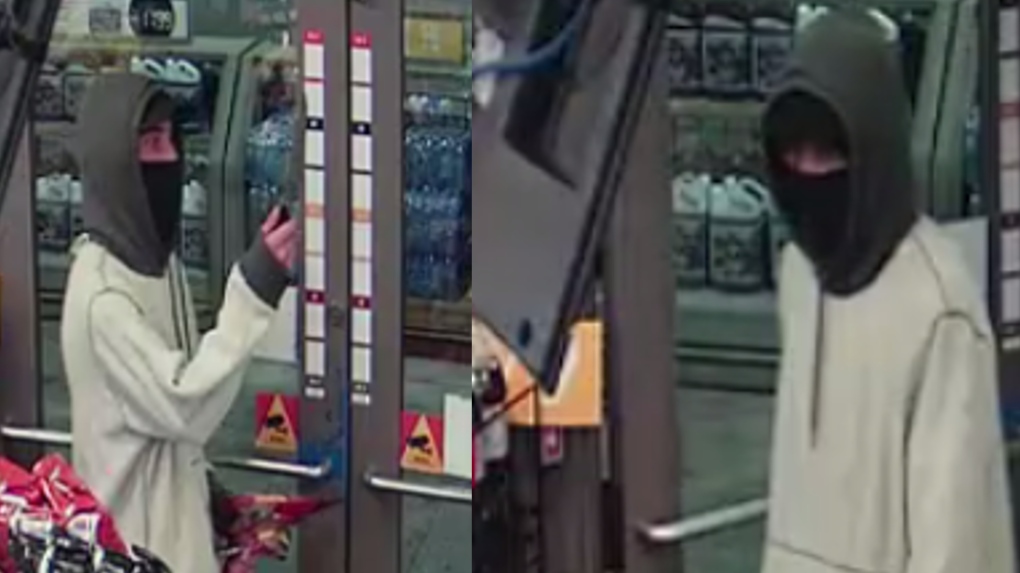 The person Waterloo region police are looking for. (WRPS)

Waterloo regional police have released photos of a person they believe was involved in a robbery at a business on King Street in Waterloo.

Police said the robbery occurred at a business in the area of King Street North and Weber Street North in Waterloo on July 28, at approximately 1:05 a.m.

Police were called to a business after receiving a report of a male entering a store and selecting merchandise without paying.

When the male was confronted by staff, he brandished a knife. The male then fled the area.

There were no physical injuries reported as a result of the incident.

The suspect is described as a white male with a slim build, approximately six-feet-tall, and was last observed wearing a hoodie, a black baseball hat, a white sweater, black pants, grey shoes and a black mask.

Police are asking the public for help identifying the individual in the photos.