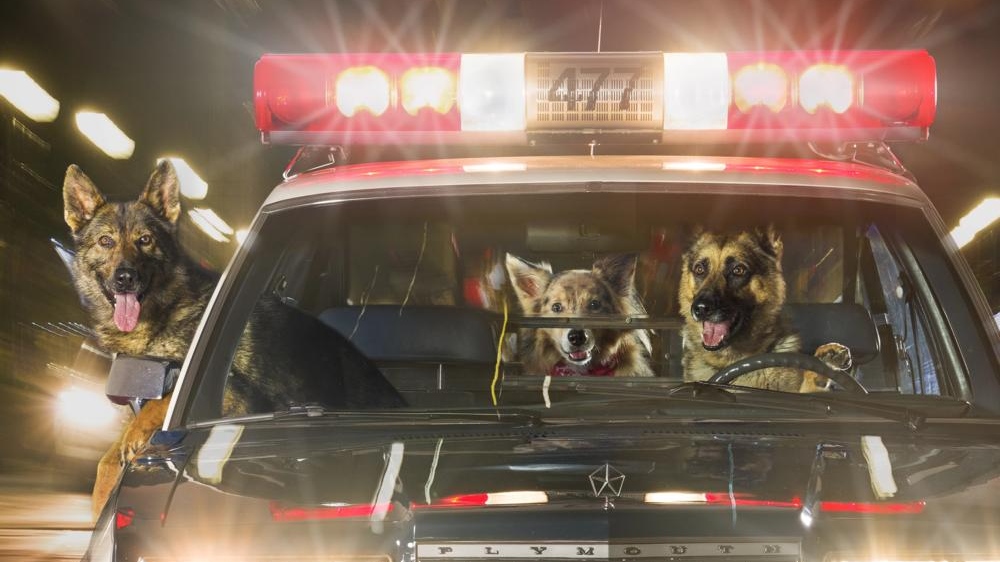 Three dogs in a police car. This is an example of what you can expect in the 2020 Canine Calendar. (Source: WRPS)

KITCHENER – Some furrier members of the Waterloo Regional Police Service are doing their part to raise money for Special Olympics Ontario.

Police announced Tuesday that they would be launching its inaugural Canine Calendar to support the organization.

"The 2020 calendar features the Service’s four canines – Chase, Grim, Ranger, and Tracker - with their handlers, and documents their work as they attempt to solve a case of stolen dog bones," a news release from police reads in part.

Those interested can meet the canine unit at the PetSmart on Fairway Road South in Kitchener this Thursday.

There, people can take photos with the unit and get their calendars signed.

"This is also an opportunity for the community to come together and show their support for the athletes and for the Special Olympics Ontario organization," says Police Chief Bryan Larkin in a news release.

The games are being held in May next year for the first time in Waterloo Region.

This year's games will feature basketball, swimming, rhythmic gymnastics, powerlifting and bowling. More than 2,000 athletes are expected to take part.

Local police have used canines since 1986. Last year, the canine unit made 45 arrests and executed 47 high- or medium-risk search warrants.