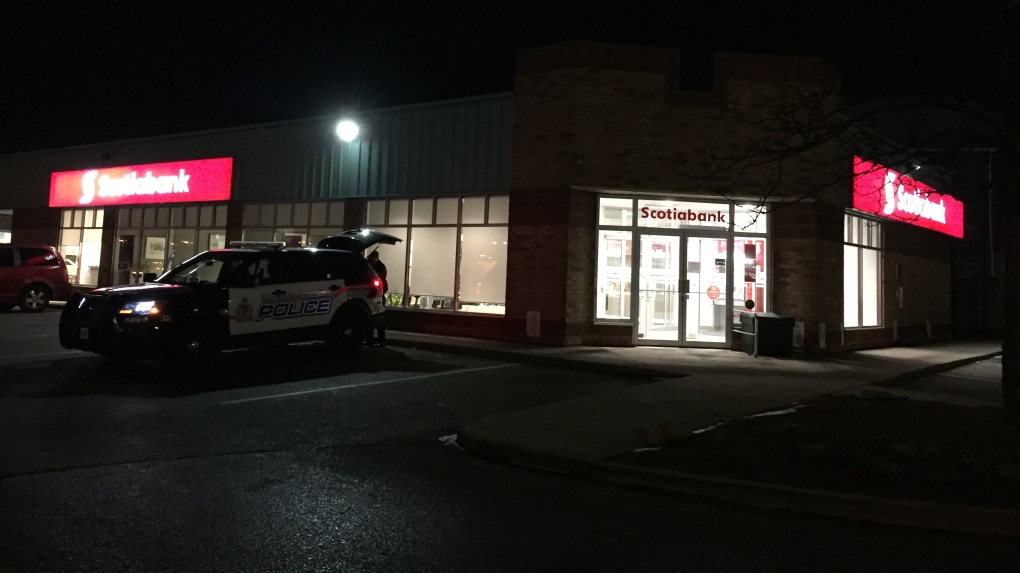 Waterloo Regional Police are investigation a robbery at a Scotia Bank on Saginaw parkway on Friday December, 13 (Edwin Huras/CTV KitchenEr)

Waterloo Regional Police are investigating a bank robbery in Cambridge.

It happened after 8:30 p.m. Friday at the Scotiabank on Saginaw Parkway and Franklin Boulevard.

Police say a man came in, told banky employees he had a gun, and that he wanted money.

WRPS have descriptions of three suspects they say are black males, around 5'8, with medium builds and hoods over their faces.

The first suspect was described wearing a black jacket with red sleeves and a white zipper, blue track pants, and black running shoes with a white trim.

Police investigators and a forensic unit were at the bank Friday night.

A sign on the bank door says the branch will be closed until the police investigation is complete.