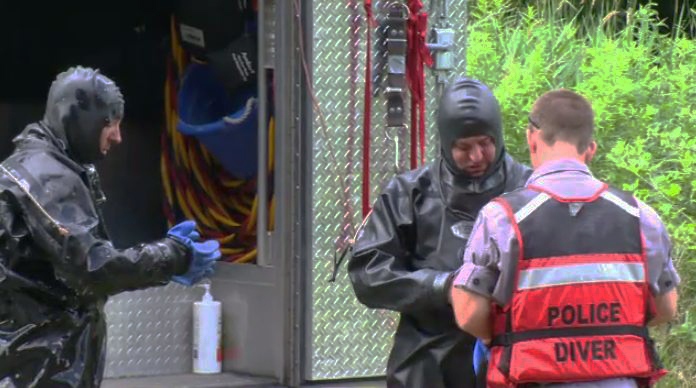 Police divers are seen along the Grand River in Kitchener, Ont., on Thursday, July 11, 2013.

Police divers from the Niagara area were in the Grand River on Thursday, searching for clues to the death of Erin Howlett.

The body of Howlett, 28, was pulled from the river near Riverbend Drive and the Walter Bean Trail last week.

“We’re still looking into the circumstances surrounding the death, and we’re still asking the public to contact us with any information.”

Howlett was reported missing a few hours before her body was found, but police have said they want to know more about her whereabouts dating back to June 20.

A funeral for Howlett is taking place Friday at 1:30 p.m. at Lion’s Hall on South Street West in Elmira.

A cause of death has not been determined and forensic testing on Howlett’s body continues.