'Oblivious': Driver gets nabbed for 10th time for talking on a cell phone 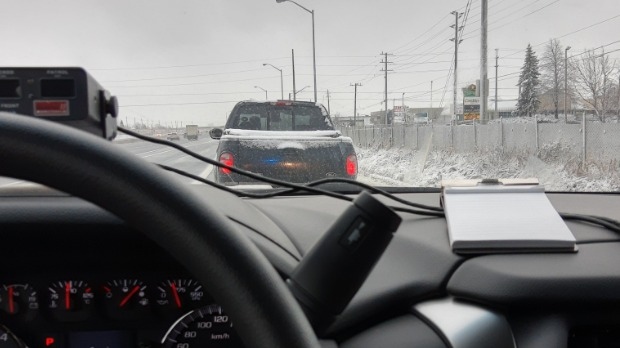 A driver stopped for the 10th time for talking on their cell phone while driving. (@OPP_HSD / Twitter)

KITCHENER -- A driver has been charged after their 10th cellphone offence.

Ontario Provincial Police say one of their Burlington officers saw a driver talking on their cell phone while driving in icy conditions.

The officer then discovered that the driver had nine other convictions for the same offence.

Police say the driver was charged in this case, making the number an even 10.

In a tweet explaining the situation, police used the hashtag "oblivious."

If convicted for distracted driving, a charge that can be laid for using a phone while driving, a driver could face a fine of between $615 and $1,000, three demerit points and a three-day suspension.

A third and any further convictions can include fines between $615 and $3,000, six demerit points and up to 30 days of licence suspension.

It's not known if the driver has been convicted in this case. They were not identified.