All nine residents of a three-story Kitchener apartment building have been displaced following a Saturday night fire.

The building, comprised of six units, was left severely damaged as Kitchener fire crews battled the blaze through the night and into Sunday afternoon, working to extinguish hotspots.

“The apartment was fully involved with heavy smoke and flames visible on arrival crews had to access the building using a fire escape on the second floor,” said O’ Halloran.

Crews had to open the roof of the building to gain an upper hand in extinguishing the flames.

Fire crews responded to the blaze in the building at the corner Of St. George and Benton Streets around 6:30 p.m. 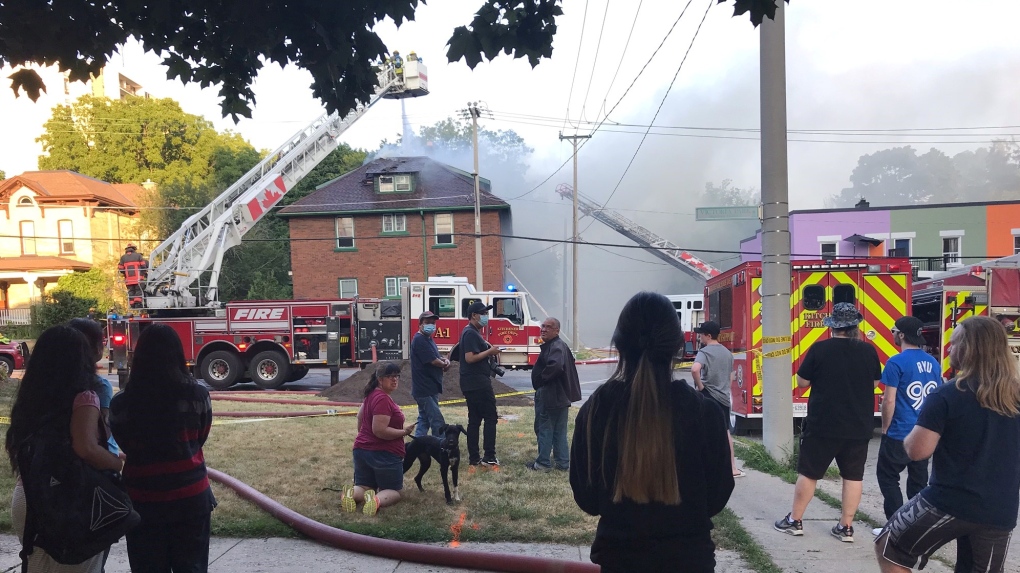 Roughly 10 fire trucks, including an ariel truck, were called to the scene.

"It took them a while to assess the situation - they didn't start pouring water on probably until about 7:15 - and now they've been pouring water on it for a while, but they did have guys going in the building almost immediately,” said Dan Cardy, a Kitchener resident who lives nearby. 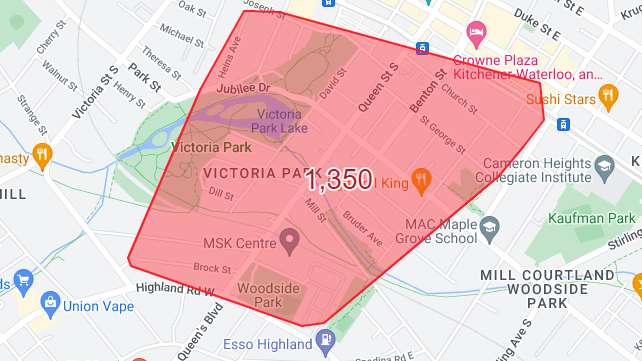 On Sunday, July 10, police said power had been restored to the area.

“People started pounding on my doors and telling me to get out and I was trying to get my cats out,” said Mo Markham, a resident of the building for 11 years. "We’ll all have to find somewhere to live at least for a while. I don't know if the building, if they will be able to rebuild it.”

Markham is also asking people to look out for six cats believed to have gone missing during the fire.

The lead investigator told CTV News it is believed the fire originated on the third floor in a unit at the back of the building.

The cause of the blaze has yet to be determined, however, it is not believed to be suspicious.

Connor Simpson, a building resident who was on his computer when the fire broke out, said he was alerted by the smell of smoke.

"[I] Smelled smoke, looked outside and saw smoke go past my window, walked out to see what the heck was going on outside and everything on the second floor on that side was on fire."

PASSERBY RUNS INSIDE TO HELP

Tyler Leatherland was passing by the building when he called he noticed the fire and called emergency services.

He then ran into the building to offer aid to those still inside.

“I noticed people weren’t exiting the building, could not hear fire alarms so we thought we would enter the building to alert residents,” said Leatherland.

The Canadian Red Cross was called in to assist. They said they’re currently supporting three residents while others are likely being supported by friends and family.