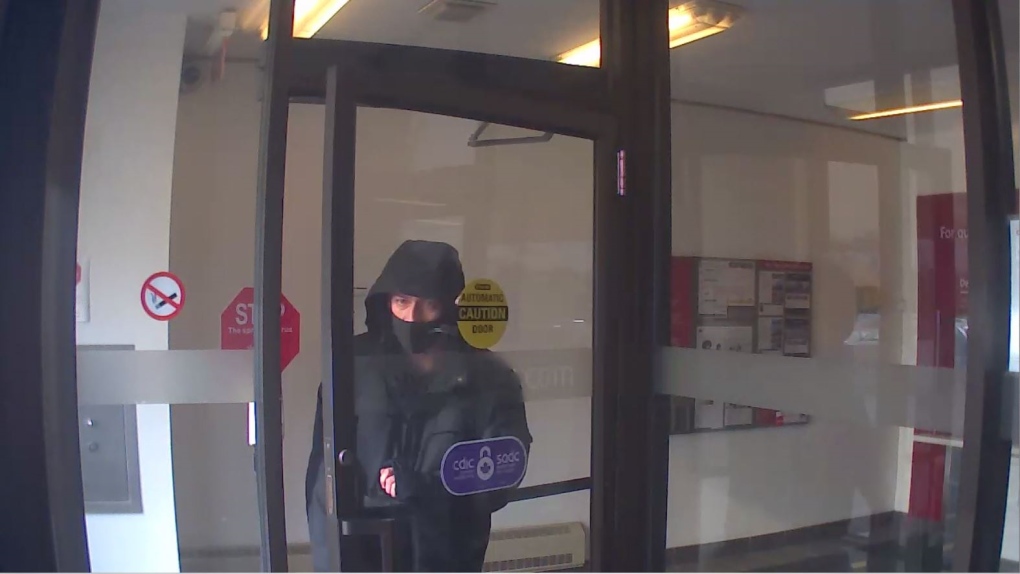 Additional photos of a suspect have been released by police in connection to a robbery in Brantford earlier this month.

The incident happened on Saturday, Nov. 20.

A press release by the Brantford Police Service says officers were called to a bank at King George Road at St. Paul Avenue just before 1 p.m.

According to police the suspect went up to a bank teller and told them he had a weapon and demanded money.

BPS noted the suspect received money and left the scene on foot.

No one was injured.

Police have described the suspect as: male, Caucasian, 5’5” tall, slim build, and 27 to 30-years-old. At the time he was wearing a black hooded jacket, jeans, and a dark face mask.

Anyone with information is being asked to call police or Crime Stoppers.