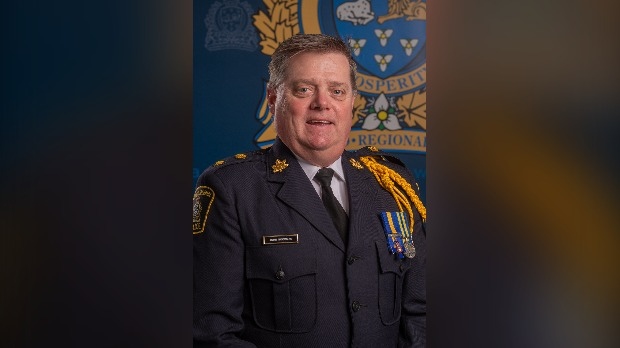 A new interim chief is in place at Waterloo regional police.

Goodman took part in his first police board meeting in his new role Wednesday, saying he is humbled to take on the responsibilities.

“It’s like I’ve been given the keys to a Maserati and I’ve got a few month to drive it around and I’ve got to bring the keys back and make sure there’s no dents and the car’s refueled,” he told the meeting. “For those of you who know me, there may be a dent or a scratch but we’ll get through it.”

Goodman will continue serving as interim chief until a permanent hire is made.

Larkin is taking on a new senior role with the RCMP.