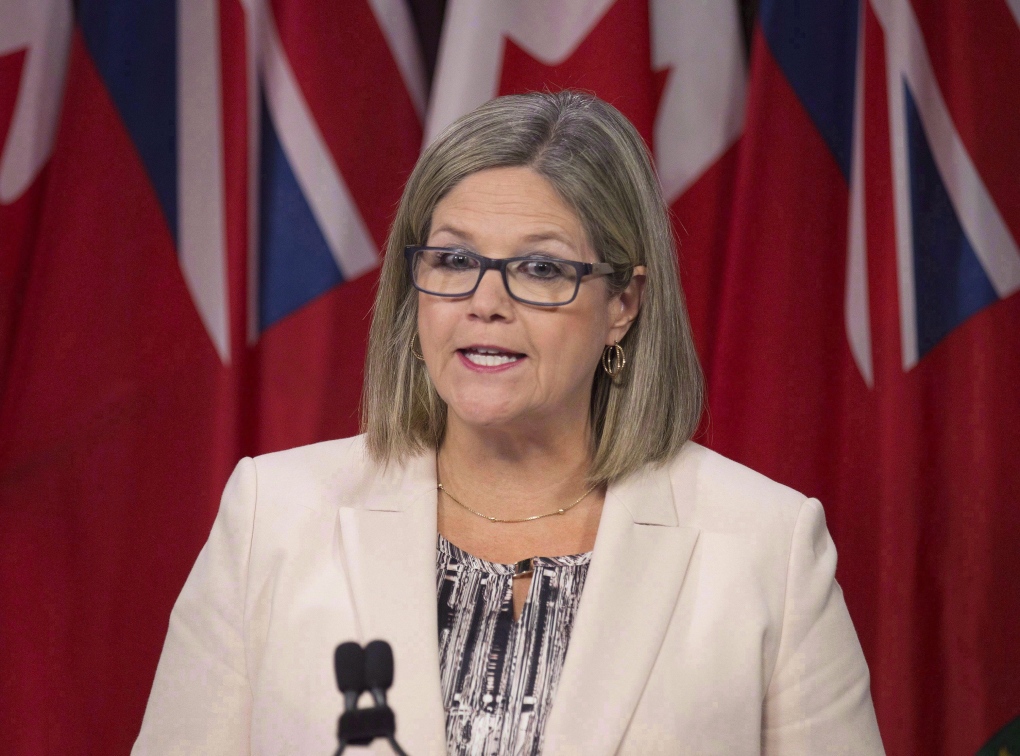 Ontario NDP Leader Andrea Horwath says her party will vote against the Liberal government's plan to lower hydro bills, calling it a ploy to buy votes for the next provincial election.

Under legislation tabled last week, Ontarians will see lowered hydro bills for the next 10 years before paying higher costs for the following 20 years.

She cited a Liberal cabinet document leaked to the Progressive Conservatives last week, which contains a projection that electricity bills will drop this year, rise slightly for four years while increases are limited to the rate of inflation, and then rise quickly after that.

Premier Kathleen Wynne says the figures in that document are out of date, but the government isn't ready to release updated numbers.

Horwath is accusing the government of hiding information from the public and is calling on the government to release all of its projections about how much the hydro plan will cost in the long run.

Horwath also says the government is giving the public no time to give feedback on the plan as it's attempting to get the legislation passed before the House rises for the summer.

"I think people knew that, one way or another, they'd pay the prices for Premier Wynne's latest move on hydro, but the costs Wynne is expecting us all to take on with this plan is truly disgusting," Horwath said.

The hydro legislation will lower time-of-use rates by removing from bills a portion of the global adjustment, a charge consumers pay for above-market rates to power producers. For the next 10 years, a new entity overseen by Ontario Power Generation will take on debt to pay that difference.

Then, the cost of paying back that debt with interest -- which the government says will be up to $28 billion -- will go back onto ratepayers' bills for the next 20 years as a "Clean Energy Adjustment."

Horwath acknowledged that the Liberal majority government can implement their plan, even with her party and the Progressive Conservatives opposed.