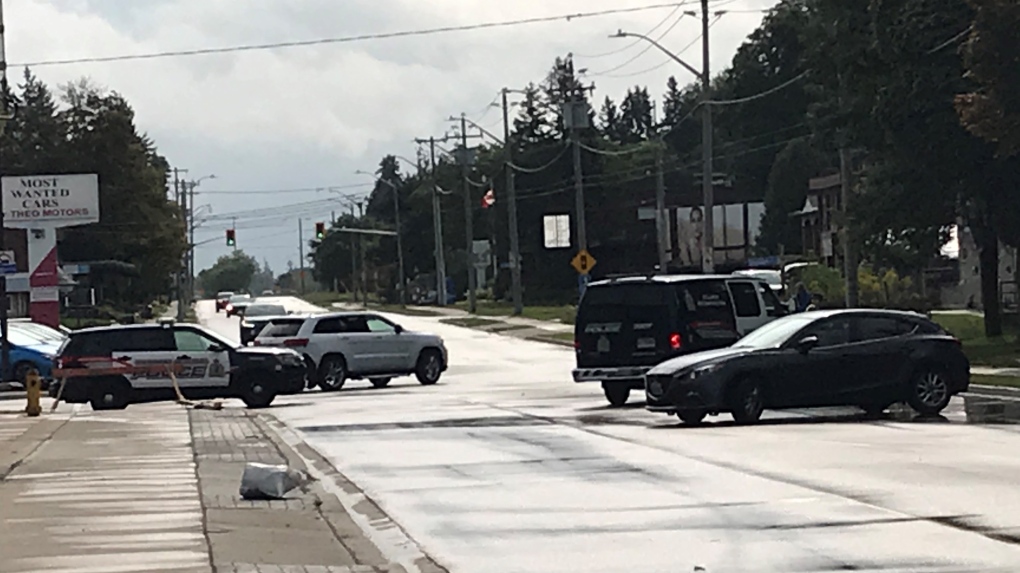 Police investigate after a pedestrian was hit by a vehicle on Sept. 13, 2020 (Johnny Mazza / CTV News Kitchener)

KITCHENER -- A Kitchener man has been charged in a crash that left a pedestrian with serious injuries last month.

The crash happened on King Street East near Sheldon Avenue North around 3:15 a.m. on Sept. 13. Police said a 27-year-old man was in the street after a disturbance at a nearby home and was hit by a vehicle. He was taken to hospital with serious injuries.

On Tuesday, police said the 48-year-old man driving the vehicle was charged with careless driving causing bodily harm, driving with a hand-held communication device and failing to properly wear a seatbelt.

He's scheduled to appear in court on Nov. 23.