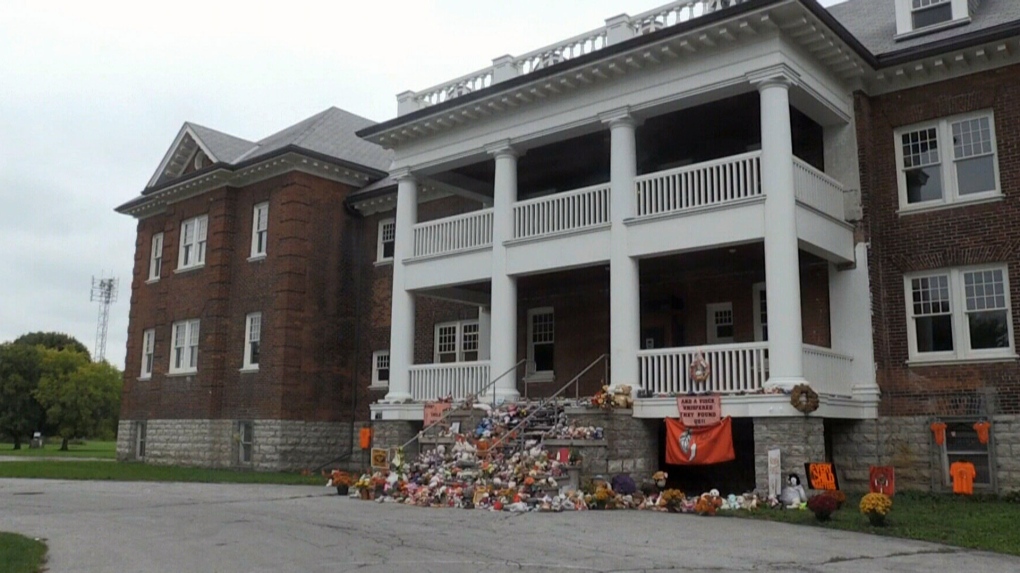 Brantford police have charged a man after a memorial at the Woodland Cultural Centre – the site of the former Mohawk Institute residential school – was vandalized in November.

On Sunday, Nov. 21, the Brantford Police Service (BPS) reports officers responded to the site around 4:50 p.m. for a report of a suspicious man in the area on Mohawk Street.

Police say witnesses reported seeing a man carrying a chain and damaging the memorial on the front steps of the building – laid following the discovery of unmarked graves of children at a former residential school site in Kamloops, B.C.

In a news release, police said they found a lone man at the scene near broken glass and several items "which appeared to have been disturbed from the memorial."

Officials said the man also provided a false name and was violating a release order. The man was carrying a knife attached to a long chain.

A 35-year-old man from Brantford is facing multiple charges, including mischief under $5,000, failure to comply with an undertaking and obstructing a police officer.