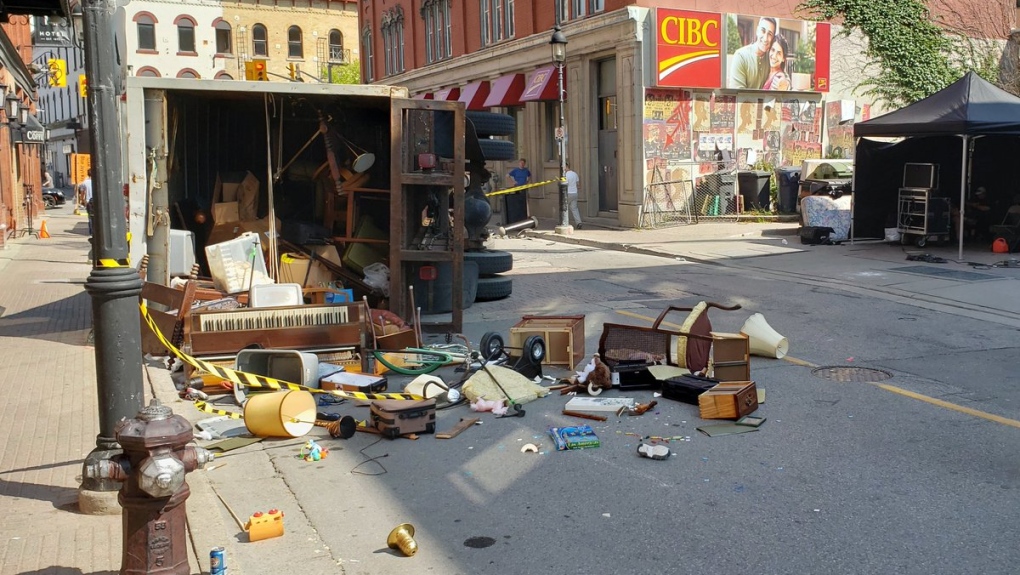 A scene from a Coke commercial shoot in downtown Kitchener. (Tim Snider/Twitter) (Sept. 21, 2019)

A Kitchener street will be the star of a new Coke commercial.

According to a sign on the street the shoot will include a "traffic jam/car rollover."

Several businesses in the area will be closed for the weekend.

The production company, OPC, says filming will take place on Saturday but some production vehicles may remain on scene until Sunday.