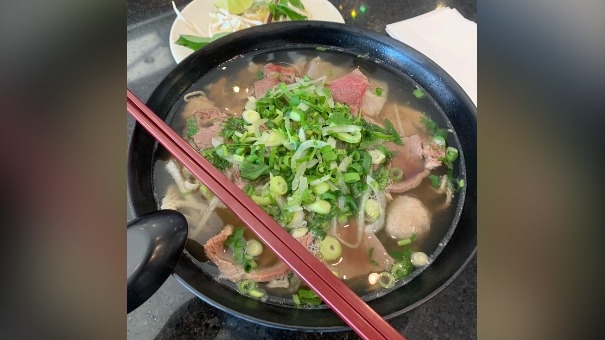 The cost of cooking is going up for some restaurant owners, with South Asian delicacies like pho becoming more challenging to make because of rising prices for ingredients and shipping delays.

Tran said at first the price increase was gradual, but prices shot up within the last few months.

“The noodles I have noticed, the last two months it’s gone up 40 per cent, so $7 per box. So it’s quite expensive,” said Tran.

The supply chain issue is unfolding in South East Asia.

"Those places that it comes from have had massive COVID impacts just like we have in Canada,” said Simon Somogyi, Arrell Chair in the Business of Food at the University of Guelph. “That’s impacted how they can manufacture foods, that’s had shortages of labour and that means that food doesn’t get to the port on time to get to a ship and that slows down things.”

Tran said most of the export in Vietnam is currently shut down.

“The main thing is importing, we can’t with the pandemic right now, it’s been expensive and people don’t ship over,” she said.

While Tran is still able to make all of the items on her restaurant's menu, she said prices for certain ingredients have increased 30 to 40 per cent.

Tran says the rice she orders has gone up 30 per cent.

“When you have a situation of supply and demand in the food chain, low supply means higher prices, but also means a scarcity of those products as well,” said Somogyi.

While business at Tran’s restaurant is good, she said if the trend continues they will have to increase their prices.

“We are lucky, we are still surviving, but we are only breaking even,” she said.