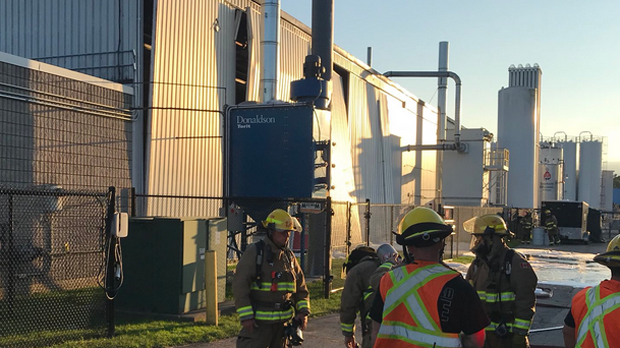 The Ontario Fire Marshal has been called in to investigate following an industrial explosion on Garden Avenue.

An industrial explosion in Brantford is being investigation by the Ontario Fire Marshal.

Firefighters were called to Garden Avenue around 7 p.m. on Thursday.

The OFMEM has been notified due to the personal injury and explosion and have assigned an investigator to investigate @_rossnichols pic.twitter.com/MdIqu31nfz

Fire officials say one person was taken to hospital with unknown injuries and all other employees were accounted for after their primary search.

The cause of the explosion has not been released and a damage estimate was not provided.