"I don't see a free-fall, I don't see a correction," said Benjamin Tal, deputy chief economist with CIBC. "I just see a situation in which the market will say enough is enough, prices have risen high enough to be sustained."

The average price of a detached house in Waterloo Region is up by nearly 30 per cent compared to last year.

Pohl said an average seller will get one to two dozen competitive bids and ends up closing nearly 15 per cent over the asking price. It's all part of an extreme sellers market.

"First-time home buyers, they're the ones who are really struggling, because they're not coming from something already," Pohl said. 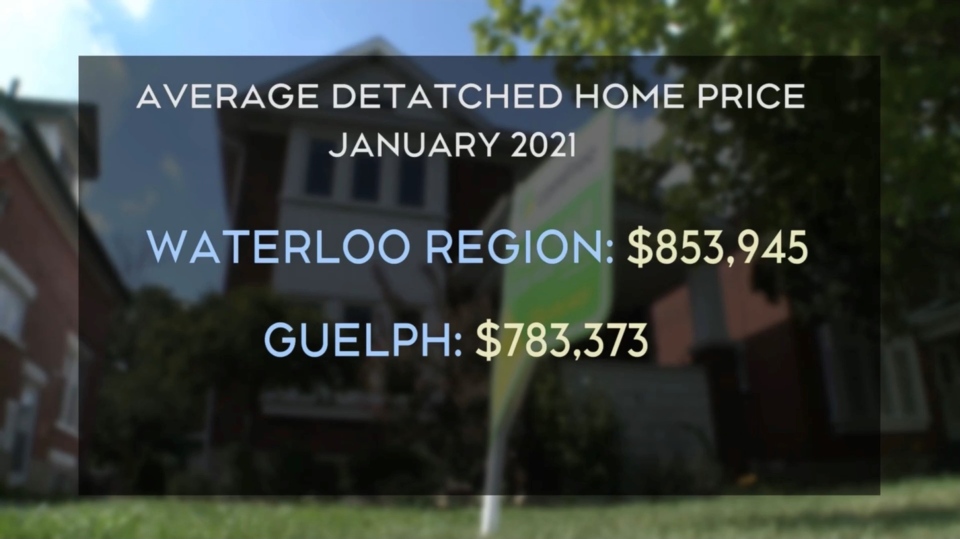 "In Guelph and Wellington, it's a lot of people coming from out of area, wanting to come from the more dense metro areas and being able now to have the new trend of working from home," said Sabrina Essery, president of the Guelph and District Association of Realtors.

Homes were only on the market for an average of eight days in Guelph last month, compared to 23 days in January 2020.

Tal said growth will likely start to slow, since people won't be working from home forever.

"If that's the case, many people will find themselves in a situation in which they have to commute an hour or two a day and that will trigger a second thought," he said.

He said that housing prices will likely return to their normal pace when people are working in formal offices again.