Thousands of students are celebrating Homecoming Weekend in Waterloo and Guelph.

It’s supposed to be about cheering on university football and celebrating school pride, but for many, it's also about the unsanctioned parties.

Waterloo prepared for more than 14,000 students to fill the streets Saturday.

Waterloo Regional Police say the number was actually lower than they expected, though the final tally won't be released until Tuesday. 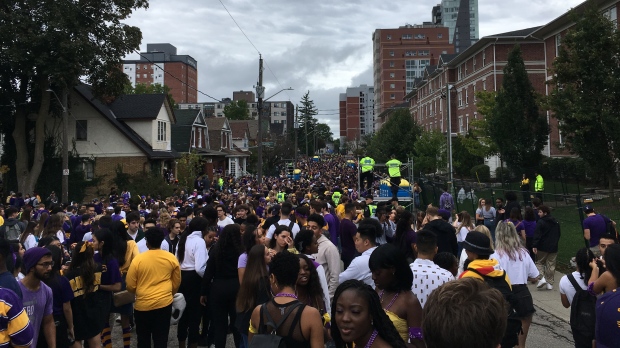 The city is using a new tactic this year to deal with the chaos – crowd management pods. Essentially they are fenced-in areas where students have access to washrooms and garbage cans.

Officials say that initiative was a success.

“I believe that the pods that were installed, the fencing along some of the properties, as well as our focus on dealing with the nuisance noise... made it less of a party atmosphere,” said Shayne Turner, director of municipal enforcement services for the city.

Some homeowners near Ezra Avenue also put up fences to keep students off their property.

While the size of the crowd is the main concern, police also dealt with some bad behavior.

One male was spotted on the roof of a Waterloo home. Police say they spoke with him after he eventually climbed down. 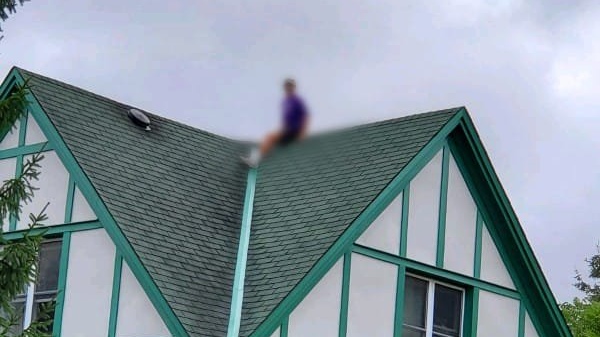 A female is also facing a public intoxication charge after being arrested on Ezra Avenue.

"For the most part attendees have been respectful," said Const. Andre Johnson.

Fourteen people had to seek medical help for alcohol-related concerns and ten were taken to hospital for treatment.

Last year more than 400 charges were laid for driving, drinking and bylaw offences. 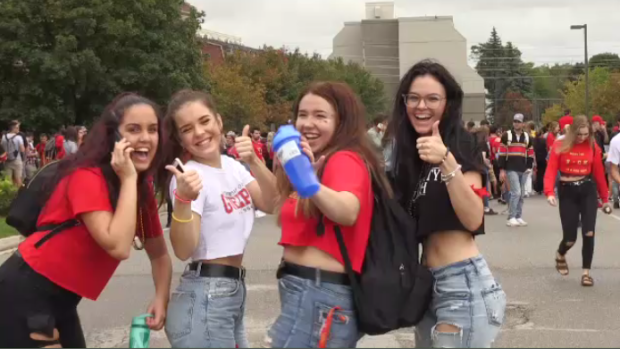 Students will be given a court date where they can either plead guilty or dispute their charge. 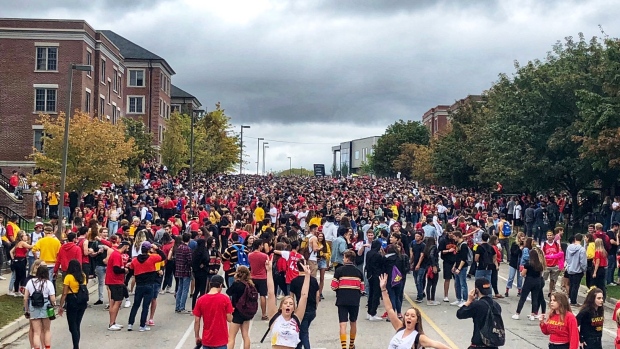 But some good deeds also got recognition.

At the University of Guelph students and alumni worked with police to pick up trash in the community.

University of Guelph students and Alumni come together to pick up trash and keep our community clean. #Homecoming2019 #GryphonPride pic.twitter.com/3Wxi45rEUL

Students definitely had a reason to celebrate on Saturday.

The Golden Hawks beat the Queen's Gaels by a score of 52 to 16 while the Waterloo Warriors beat the York Lions 57 to 19.

In Guelph, the Gryphons won their game against the Ottawa Gee-Gees 33 to 6. 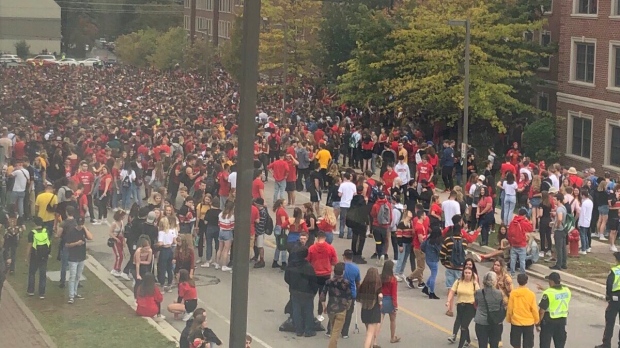