A Tribe Called Red to perform at Hillside Festival 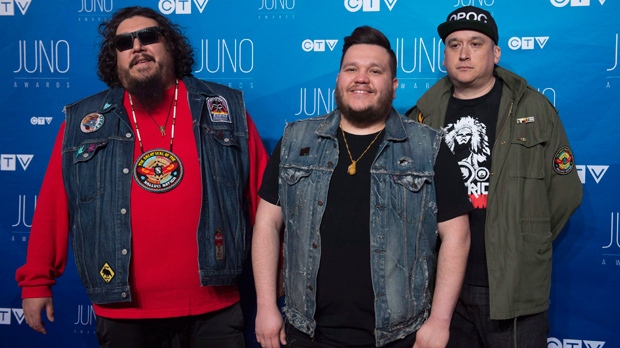 A Tribe Called Red pose on the red carpet as they arrive at the Juno awards show Sunday April 2, 2017 in Ottawa. THE CANADIAN PRESS/Sean Kilpatrick

Hillside Festival has made a big addition to its lineup.

A Tribe Called Red will be performing at this year’s festival, which runs from July 13 to 15. Their set will be the final performance of the event.

“The band will close the festival … on a note of high energy and political intensity,” Samir Baijal, the festival’s artistic director, said in a press release.