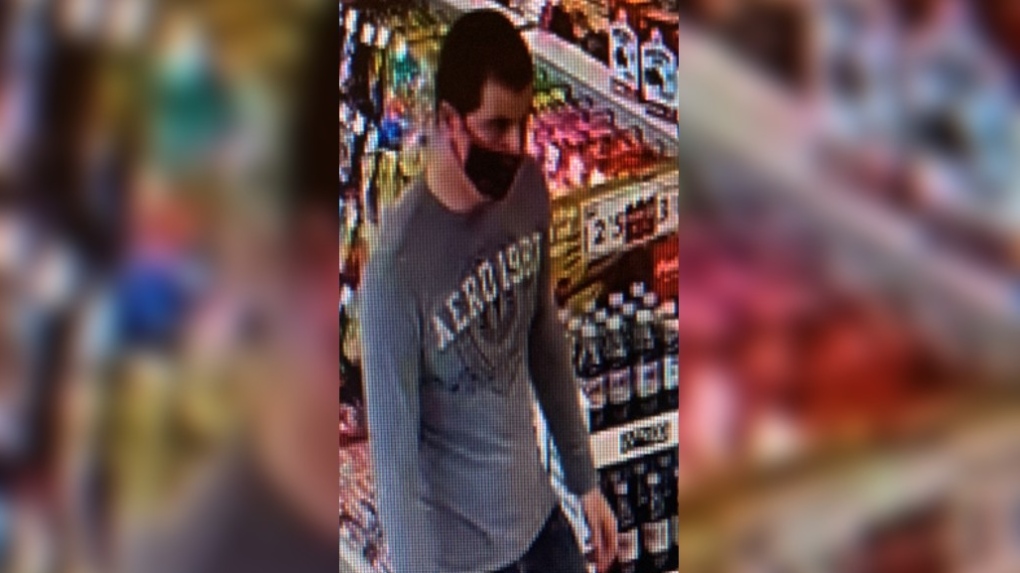 Guelph police have released a photo of a man they’re looking to identify in connection to a knifepoint robbery. (Guelph Police)

Guelph police have released a photo of a man they’re looking to identify in connection to a knifepoint robbery two months ago.

Police say at approximately 3:50 p.m. on Aug. 12, officers were called to a business in the area of York Road and Victoria Road South.

An employee reported she was working alone when a man entered the business, brandished a knife and demanded cash, police said in a media release. The man fled on foot with a small amount of cash. The employee was not physically injured.

The man is described as white, approximately six feet tall with short light brown or dirty blonde hair. The man was seen wearing a long sleeve grey shirt with ‘Aero 1987’ on the front, dark blue jeans, black shoes and a black face mask. Police say he was carrying a switchblade-style knife.

Anyone with information about the robbery or recognizes the man in the photo are asked to contact Guelph police or Crime Stoppers.