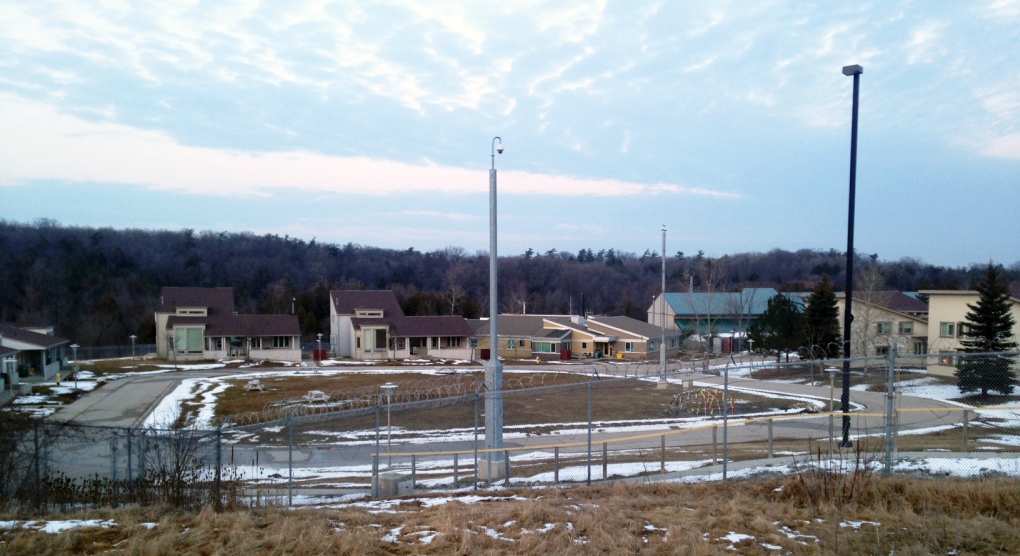 KITCHENER -- A guard and four inmates at Grand Valley Institution for Women in Kitchener have tested positive for COVID-19, says the union of Canadian Correctional Officers.

They have also confirmed four inmates have tested positive.

Correctional Services Canada's website states, as of Friday evening, 17 tests have come back negative, while the results of another 10 are awaiting test results.

On Tuesday, Martine Rondeau of CSC said in an email response that the first case is being isolated from the others.

“The inmate was provided a mask and access to a single washroom that no other inmate accesses at this time,” said Rondeau at the time. “We are closely and carefully following direction from public health officials.”

Rondeau added that other individuals who have been living in close contact with the inmate are self-isolating, a cleaning and disinfecting of the living spaces has taken place, and routines have been modified.

Visitors, temporary absenses, work releases, and transfers have all been suspended as well.

Screening has been enhanced for those entering the institution, according to officials.

Rondeau says nurses and doctors are on hand at institutions to monitor inmates or employees who develop symptoms.

She also adds that they are "engaged with public health and are working closely to trace any contacts this inmate has had in order to take further measures, as necessary."

The union for prison guards says its members are getting personal protective equipment when they are in close contact with inmates.

Emilie Coyle, Executive Director of the Canadian Association of Elizabeth Fry Societies, says they've been getting many calls since the first case.

"We've been getting calls from the Grand Valley Institution to our 1-800 number," she said. "The women in there are terrified.

"We need to get people out right now."

The Elizabeth Fry Society is calling for the release of those who are considered low security, close to release, or particularly vulnerable.

"This is an initiative to save people's lives at this point," said Meaghan Chambers, Executive Director for Simcoe-Muskoka. "The majority of the female population of incarcerate women are nonviolent offenders. They don't pose a risk to community safety."

Senator Kim Pate, a former head of the society, says an outbreak in the prison can overwhelm the healthcare system in the area.

"We do not have the death penality in Canada for a reason, we put people in prison to punish them for some harm that they have caused," said Executive Director Emilie Coyle. "If COVID-19 comes into the prison and people are going to die because of it, that is contrary to our justice system."

The Union of Canadian Correctional Officers says it does not support the release of a few inmates, as it would only increase the risk to residents.

They are instead focusing on changing routines inside the institution to respect physical distancing and self-isolation.

As of Friday evening, according to CSC’s website, the Grand Valley Institution inmates are the only positive cases involving federal inmates in Ontario, and four of seven in the country.