A barn fire in Oxford County was extinguished Tuesday before it could cause significant damage or kill any pigs.

Fire crews were called to a barn on Norwich Road, east of Mount Elgin, around 11 a.m.

Somebody had noticed that the barn, which contained more than 500 pigs, was full of smoke. 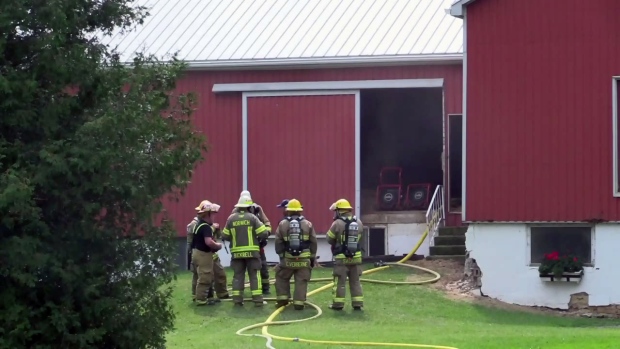 Firefighters and people who had been on-site when the fire began were able to extinguish the flames.

The fire is believed to have started in some straw in the barn.