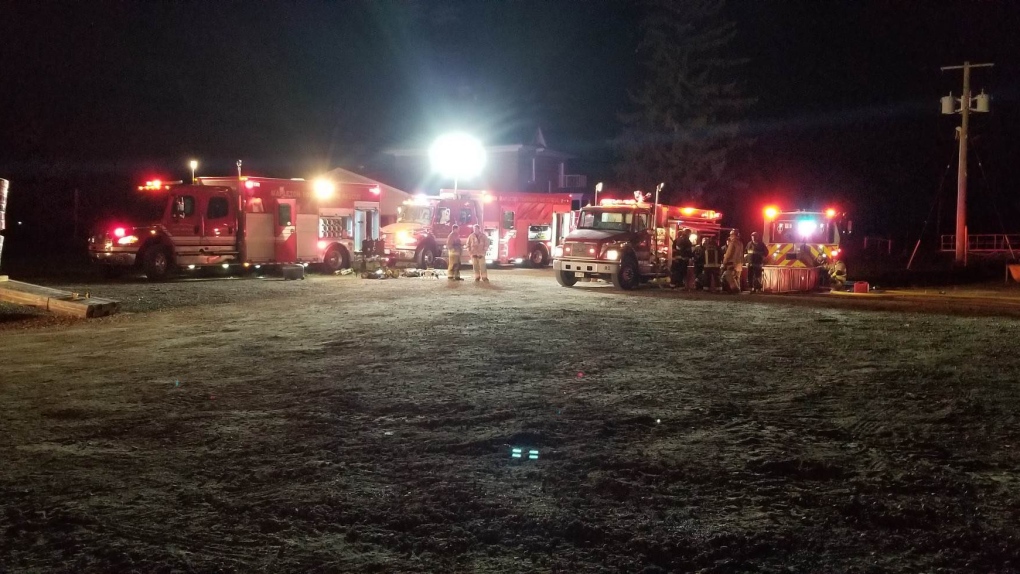 KITCHENER -- An overheated piece of machinery resulted in a fire at a manufacturing workshop on a Listowel farm on Friday night.

Mapleton Fire Chief Rick Richardson said crews were called to the fire around 7:30 p.m. They spent the night trying to get the stubborn blaze under control.

According to Richardson, a machine overheated and started a fire on the side of the building. He said the building had cellulose insulation, which catches fire early and can continue to smoulder for long periods of time.

Richardson added it started to smoulder again around 7 a.m. Saturday. Crews are expected to be at the scene into Saturday afternoon.

Richardson said damage is estimated at around $200,000.

Fire crews from Mapleton, Drayton and Moorefield all responded to the fire. They were also assisted by crews from Minto Fire, Palmerston station and North-Perth Listowel station.