Fans cheer on the Kitchener Rangers at first pre-season game 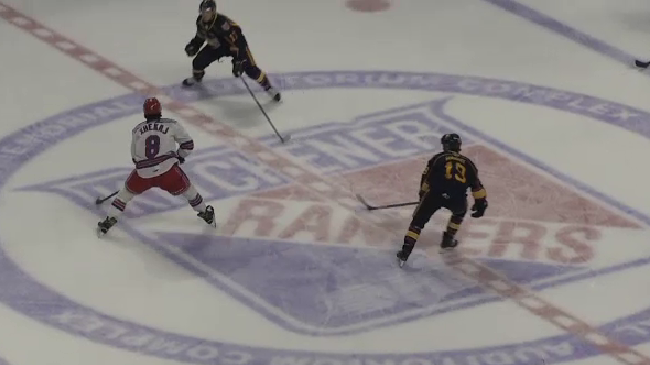 The Kitchener Rangers play the Barrie Colts on Sept. 10, 2021.
KITCHENER -

The Kitchener Rangers played their first game of the pre-season at the Aud Friday night, facing off against the Barrie Colts.

The hometown team went on to win the match by a score of 5 to 2.

What made the game even more exciting, was for first time in 553 days, fans were allowed to cheer the team on from the stands.

The Rangers have five more pre-season games on the calendar.

The regular season begins on October 8 with the Rangers facing off against the Guelph Storm at the Aud.