An overnight fire at an encampment in Cambridge is highlighting what officials are calling an identifiable risk in the community, calling to attention community concerns from those who are living rough.

The incident happened in a wooded area near the intersection of Champlain and Franklin Boulevards Tuesday morning. 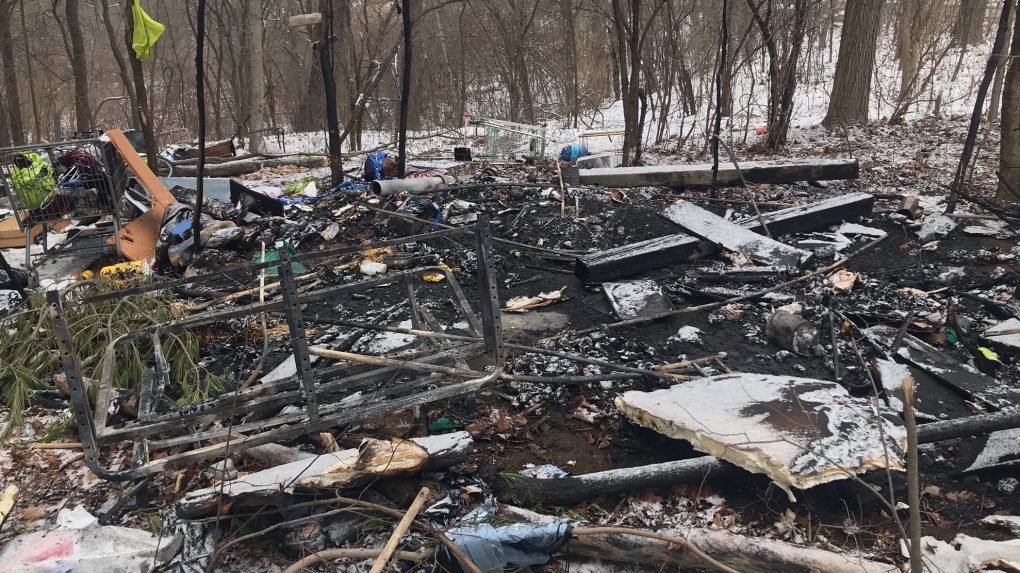 Eric Yates, the chief fire prevention officer with the Cambridge Fire Department, said outreach efforts are being made at known encampment sites to share fire prevention information to limit the risk of fires.

“We're certainly hoping we're able to provide a good message to these encampments especially when we are attending a fire and that message is about being safe and we're trying to work with them and encourage them to seek shelters where it's a lot warmer and a lot safer for them,” said Yates.

The damage seen at the site of the fire is extensive, but crews were able to contain the flames and prevent the fire from spreading further.

Officials said there were no injuries as a result of the fire, and one person was displaced.

Mattress frames, tarps and tents are some of the items that can still be made out among the debris in the aftermath of the fire.

Propane tanks, cooking pots, pans and other heating tools can be seen left behind at the encampment.

“Cambridge fire has responded to a few encampment fires this year, and certainly, there's always a concern with the heat sources that are being used, for instance, propane cylinders and propane heating appliances,” said Yates. 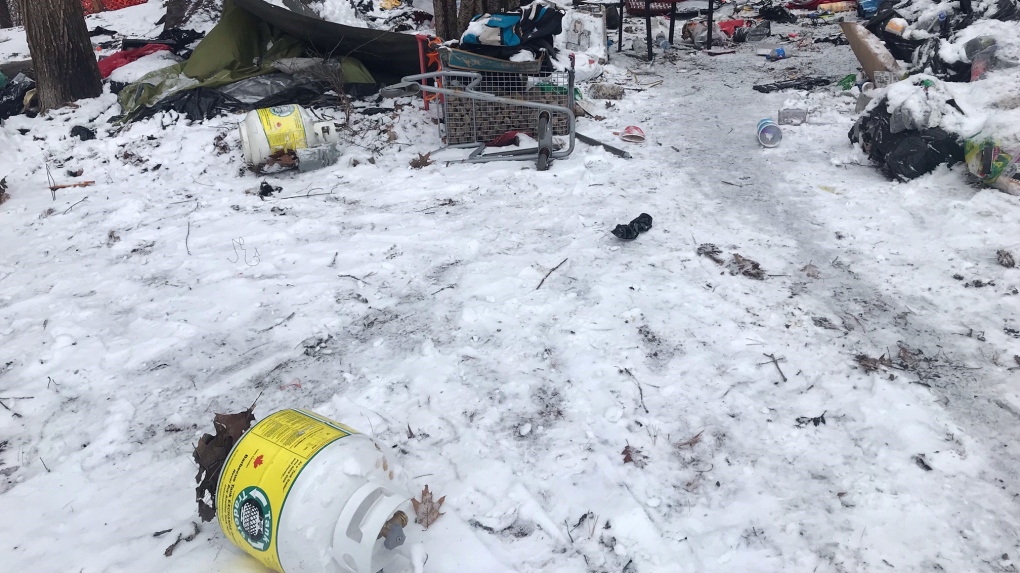 Earlier this month, Cambridge fire responded to an encampment fire that prompted the closure of Highway 401 eastbound for several hours.

In the aftermath, fire crews said dozens of propane tanks were found, with officials warning those tanks “could be like a missile that could explode.”

Another fire broke out on Boxing Day at a downtown Kitchener encampment where those experiencing homelessness have lived for months.

A few tents were damaged, but no one was injured.

In this instance, the cause of the fire was determined to be accidental.