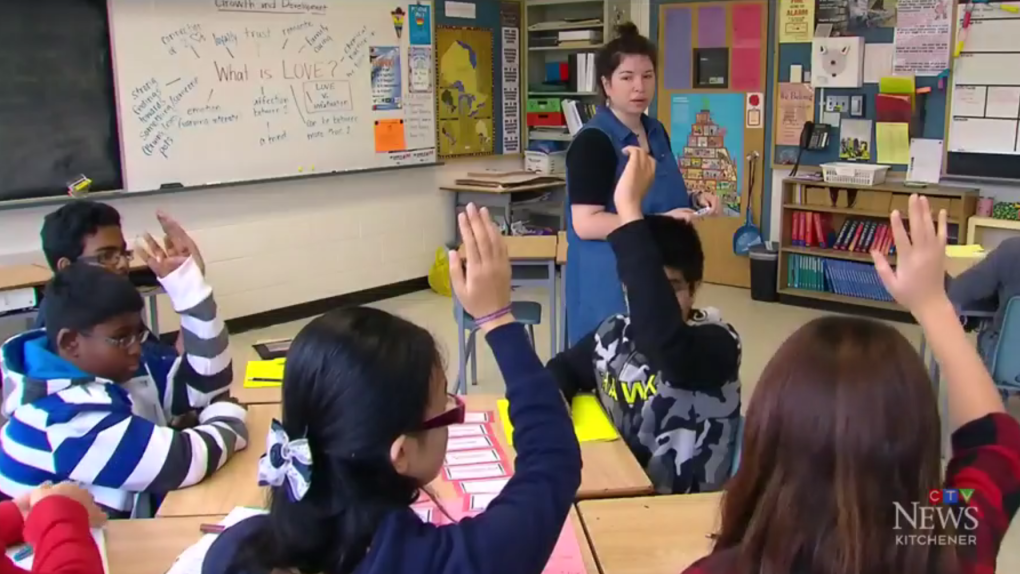 Representatives of the elementary teachers unions are in Toronto for their annual meeting.

Unions representing elementary school teachers in the province are gathering in Toronto this week for their annual meeting.

There, they'll debate and vote on motions as their contract is set to expire near the end of the month.

Provincial budget cuts to school boards are a hot topic this year.

Earlier this year, Premier Doug Ford announced the province would be cutting the amount of money school boards receive per student.

The result saw nearly 3,500 full-time teaching positions shed over the next four years through attrition.

The government predicts the cuts will save the province more than $850 million, but the moves are not sitting well with teachers.

"Physical space for one thing, desks and chairs for another, text books, materials—it's going to be hard to run a classroom that way," says Patrick Etmanski with the Ontario English Catholic Teachers' Association.

More than 800 union representatives from across the province will be in Toronto to debate and vote on these motions. The meeting wraps up Thursday.