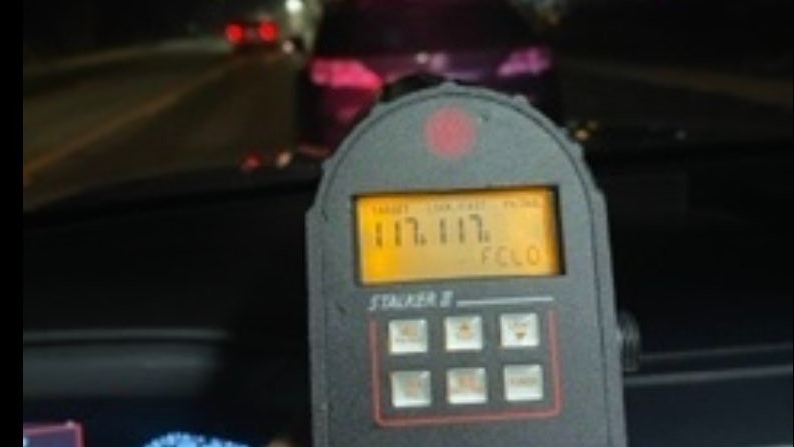 The Guelph Police Service stopped a 20-year-old man who was allegedly going more than double the speed limit on Arkell Road.

In a tweet Wednesday morning, police said the driver was clocked going 117km/h in a 50km/h zone.

The driver was charged with stunt driving, police said.

A 20 year old Guelph male will be without driver’s licence and vehicle for a bit. Officers were on Arkell Road last night and clocked the vehicle at 117 km/h in a 50 km/h zone. Charged with stunt driving. pic.twitter.com/i0JiB8aotr