Driver charged in connection to crash on major Kitchener road 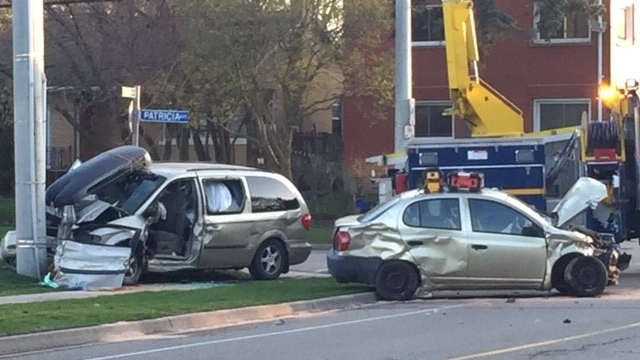 KITCHENER -- Waterloo regional police have charged a driver who was involved in a crash on a major Kitchener road.

In an update from officials on Wednesday, police first observed a man driving in the opposite direction as them on Patricia Avenue on April 18.

Officers reportedly pulled a u-turn and lost sight of the vehicle. Officials did not specify why they were looking to follow the vehicle.

Police say the driver then ran a stop sign at the intersection of Patricia and Victoria Street South and collided with a van.

Emergency crews responded to the crash, as did hydro who worked on a hydro pole that was hit. No injuries were reported.

The driver fled the scene, but was later identifed and located, according to officials.

A 25-year-old man has been charged with several offences, including dangerous operation, failing to stop after an accident, using unauthorized plates, and two counts of disobeying a stop sign.