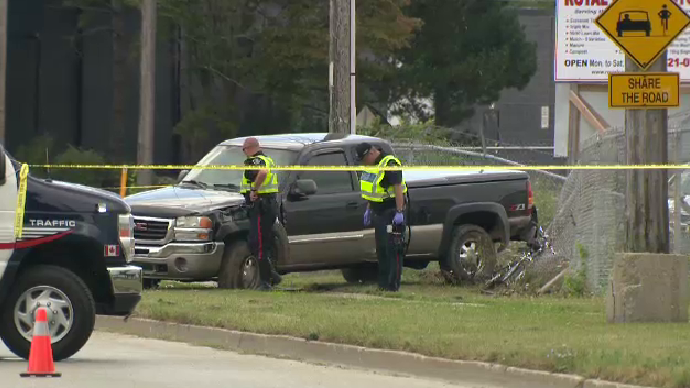 A cyclist suffered serious injuries after a crash in Cambridge

KITCHENER -- Waterloo Regional Police say that charges are pending after a collision involving a vehicle and cyclist in Cambridge on Monday.

Police say that a pickup truck and cyclist collided at a bend in the road near Elgin Street North and Samuelson Street.

Following an investigation, police say that the vehicle was travelling at a high rate of speed when it left the road and struck the cyclist.

A 73-year-old man from Cambridge was transported by air ambulance to an out-of-region hospital.

Officials closed Elgin Street North between Winter and Galt avenues as they investigated.

The name of the accused was not released.